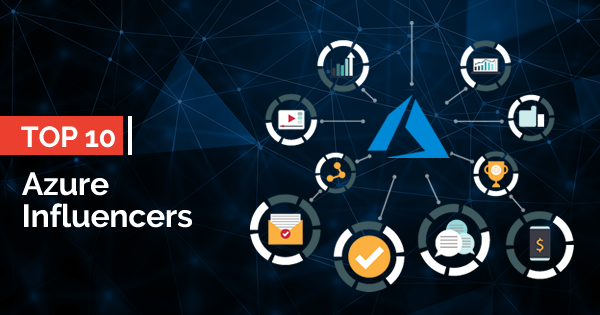 Cloud computing has been a crucial element in bringing a revolution in the domain of IT and software systems delivery. Presently, almost every application is being run on the cloud due to the ease of signing up and setting a solution in the cloud within minutes. Furthermore, cloud solutions are exceptionally scalable, and the pricing is implemented only for the resources used rather than all-inclusive pricing for services that a client could use. But, what is all the hype about Azure influencers?

So, let’s get ahead and check out the significant names in the Microsoft Azure market.

Vanessa Alvarez is one of the most popular azure influencers, and you could hardly find any list of notable azure influencers without her name. Presently, she is working as the Senior Product Marketing Manager. Vanessa leads the go-to-market strategic approaches for hybrid cloud implementations with Azure.

Most important of all, her experience of two years of working with AWS in product marketing, storage solutions, and as Global Marketing Manager for AWS pin a notable achievement in her cap.

She also has an active membership of CloudNow since its foundation. The most notable achievement in her purse, however, is featuring in the tech series of Forbes-women. Her specialties are primarily vested in branding, market awareness, industry analysis as well as development and scaling global marketing programs. Vanessa has also been a staunch advocate of bringing more women and Hispanic professionals into the field of cloud computing.

Chris Pietschmann is another formidable mention among azure influencers. The most striking achievement in the portfolio of Chris is the development of one of the popular websites dedicated to Microsoft Azure on the internet i.e., BuildAzure.com. Chris also has the credential as a Microsoft Certified Trainer with experience in training enterprises of varying sizes for the adoptithe on of Microsoft Azure cloud.

Chris obtained his MCSD Azure Solutions Architect certification in July 2015, MCSE: Cloud Platform and Infrastructure certificate and MCSA: Cloud Platform certificate in September 2016. The reputation of Chris as one of the top Microsoft azure influencers was established in June 2015, when he founded Build Azure. The website provides guidance related to various important technologies in Microsoft Azure such as certification, IaaS, PaaS and SaaS as well as Blockchain and IoT.

Chris Pietschmann is also known for his role as a software development consultant related to Microsoft Azure accompanied by specialties in DevOps and IoT. All of these achievements of Chris solidify his reputation as one of the top azure influencers. It can also be observed that his extensive work experience as a cloud solution architect played a huge role in giving rise to a widely popular azure influencer.

Want to be familiar with the most popular names in the cloud computing industry? Read on our previous blog on the Top Cloud Computing influencers.

Lydia Leong, presently employed as a VP Distinguished Analyst in Gartner Research since April 2000. With over 19 years of experience in the field of upcoming improvements in the domain of cloud computing, Lydia Leong can be considered as one of the first azure influencers. The work of Lydia with Gartner has been primarily associated with covering different topics including IaaS, cloud server hosting, datacenters, and content delivery networks.

In addition to this, she has also been a voiced her expertise in other crucial areas of technology in cloud computing including Microsoft Azure. In general, she has covered many comprehensive aspects such as information, experience and opinions related to cloud computing. The expertise of Lydia as an analyst also adds another notable feat to her portfolio as an azure influencer.

Another prominent name mentioned in discussions on Microsoft azure influencers is Scott Guthrie. Presently, Scott Guthrie works as the Executive Vice President at Microsoft for the Microsoft cloud and AI group. The primary responsibilities of Scott are vested in Microsoft’s cloud, AI, database, management and development tools businesses. 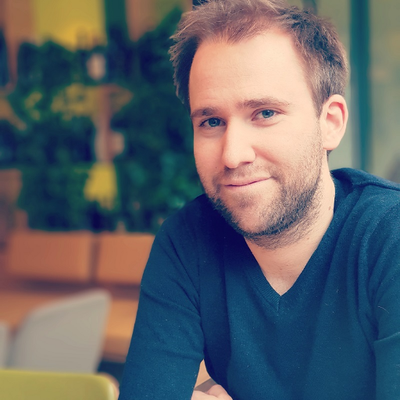 Presently employed as Senior Cloud Advocate at Microsoft, Thomas Maurer is one of the most recognized Microsoft azure thought leaders. He works with the Azure engineering team to interact and engage customers and the azure community all over the world. His work has been exceptional in sharing his knowledge about the Azure platform and obtaining feedback.

Thomas fulfills his role of azure influencers by helping different companies progress easily through the journey of cloud adoption. Thomas has also been providing promising recommendations about adopting Azure as the most suitable cloud platform for running their applications. Thomas could be able to accomplish his role as an influencer through his experience in different collaborations with Microsoft as Azure Advisor and Partner Cloud Solutions Architect.

Get more information about Thomas Maurer on his Cloud and Datacenter Blog: www.thomasmaurer.ch

Aidan Finn is presently employed as the Principal Consultant at Innofactor Norway. Innofactor Norway is a Microsoft partner which specializes in cloud consulting services. His name is one of the most noted among azure influencers with recognition as Microsoft MVP. Aidan gained his MVP certification as System Centre Configuration Manager in 2008 and moved to the Virtual Machine domain of expertise a year later.

Aidan achieved MVP in Microsoft Azure expertise in 2017 and has been involved with Microsoft for a considerable period of time. He has been involved with online interviews, launch events and technical reviews for the new training course by Microsoft related to virtualization. The proficiency of Aidan as a cloud computing professional, his association with Microsoft and his roles as a popular author and speaker make him one of the renowned influencers.

Magnus Martensson is also considered as a powerful name among the best azure influencers in 2020. He has been closely associated with Microsoft Azure since 2012 and has been following Azure since it was launched in 2008 as Windows Azure.

Magnus has also achieved the feat of being the first Microsoft Azure MVP in the Nordic countries and was awarded the honorary title of ‘MVP of the Year’ in 2012. He also works as a Microsoft Azure Advisor to provide recommendations for Microsoft regarding the future direction on services and products on Microsoft Azure.

With an IT expertise of over 15 years, Yves is presently one of the most renowned influencers in the sector of Microsoft Azure. The experience of Yves in Microsoft Azure developed promisingly during his employment of five years at Capgemini. He was the leader of Microsoft Community of Practice in Capgemini Belgium and was also the Microsoft Lead on Cloud Computing and XRM.

Subsequently, he founded Goeleven BVBA which was dedicated to the design of messaging based systems for the cloud by using Microsoft technology. He also founded messagehandler.net which is a platform for integration of physical devices, websites, apps and web services all over the world in real-time. The experience of Yves in architecture and design of cloud solutions on Azure also make his name one of the credible additions to this list.

Another addition to this list of azure influencers is Nathan Totten, the Senior Director of Product Management at Salesforce. Nathan’s role as a Technical Evangelist for over 2 years at Microsoft was primarily associated with his involvement in Azure. During this time, he developed many sample applications, provided insights for open source projects, attended public speaking events and gained feedback from customers about the use of Microsoft Azure products.

In addition, his role as an influencer becomes credible through his associated with the planning and execution of different experiences in the new Azure portal.

As a Microsoft Azure MVP and a professional cloud consultant, Tobias Zimmergren definitely deserves a mention among the azure influencers in this list. Most important of all, he has been receiving the MVP award for every consecutive year since 2008. His present area of expertise as MVP is primarily dedicated to topics on cloud computing and Microsoft Azure.

He has also served as Microsoft MVP Mentor for over one year in which he was responsible for guiding other professionals in their technical journey.

There are a number of blogs on cloud computing that you should keep reading to extend your knowledge on various cloud platforms. Check out our list of Top Cloud Computing Blogs and start reading!

Therefore, it can be observed that many influencers have exerted a formidable influence on the development of Microsoft Azure from its basic state in 2010 to what it is now! The names included in this list were found to have promising experience in Microsoft Azure, cloud consulting, cloud architecture, and cloud computing industry analysis. 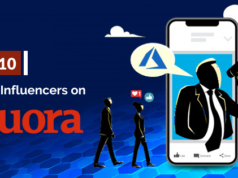 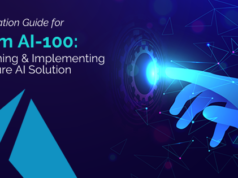 How to Prepare for the Exam AI-100: Designing and Implementing an Azure AI Solution? 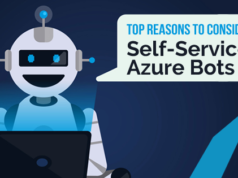