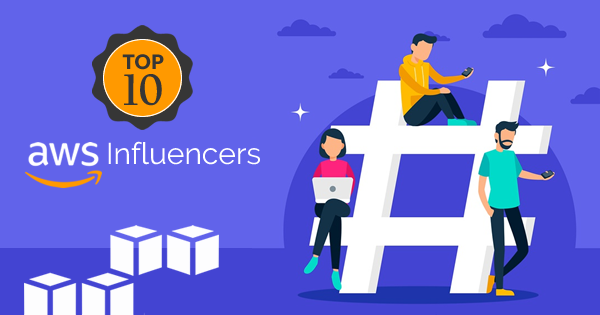 Previously we’ve covered the lists of top Cloud Computing Influencers and top Azure Influencers. As a continuation of the series, here we bring the list of top 10 AWS influencers. So, follow them and stay updated about AWS news and trends.

Cloud computing has provided numerous benefits to the IT landscape, and the improvements continue to emerge gradually. Companies could now reduce up-front infrastructure costs such as for purchasing servers. In addition, companies could now focus on core business tasks rather than investing time, money, and efforts on infrastructure maintenance. As per IDC forecasts, cloud expenditure would rise to $203.4 billion.

That presents a very favorable picture for cloud computing, doesn’t make it? Presently, the cloud computing market has many players, albeit with the dominance of three formidable names. Amazon’s AWS, Microsoft Azure, and Google Cloud Platform are reliable cloud service providers present in the market. However, Amazon Web Services (AWS) is the market leader among the three with constant updates in its products and services catering to the pressing needs of the IT market.

So, what is our source of staying updated with AWS technology improvements? AWS influencers are the answer to what you are looking for! A top AWS influencer can offer credible information about the latest developments in AWS. In addition, you can also find reliable guidance about new AWS products and services that have been launched or are in development stages. The following discussion would cover some of the major AWS influencers and information about their contributions to the AWS community.

Before proceeding ahead with the discussion on the best AWS cloud influencers, let us know what exactly an influencer is! An influencer could be an individual with the power to affect the purchase decisions of others. Influencers could also be individuals with a huge following in a particular niche. The ability of an influencer primarily arises from their knowledge, authority or relationship with the audience.

Generally, influencers and marketing appear to go hand in hand. However, influencers are social relationship assets that a brand uses for reaching out to their customers. The views of top AWS influencers have set many trends over the years in the cloud landscape. Influencers can provide insights on reasons for enterprises to adopt cloud computing and how enterprises would face the need for hybrid computing in the long-term.

Furthermore, the best AWS influencers can provide viable insights into changes that accompany cloud adoption. Now, let us take a look at the top 10 influencers for the AWS platform! 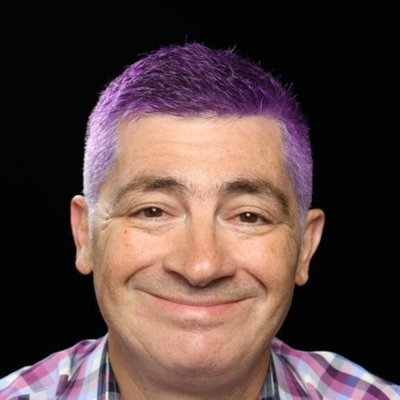 Jeff Barr is the top AWS influencer on this list for many reasons. The association of Jeff Barr with AWS since August 2002 is a formidable reason to validate his position on this list. Presently, he is a Vice President and Chief Evangelist at AWS since February 2018. Jeff started his blog in 2004 and continues to write posts about AWS regularly. Jeff also promotes the AWS story all over the world through his blog.

The primary role of Jeff Barr as a Chief Evangelist for AWS is to work with product teams. As a result, Jeff could be able to develop engaging, technically accurate, and informative blog posts about the latest AWS offerings in the market. On average, Jeff Barr posts at least one finished blog post per day. 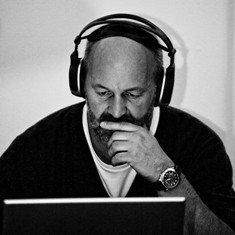 Any list of the best AWS influencers is incomplete without the mention of Werner Vogels. Werner is one of the notable drivers of Amazon’s drive towards cloud computing and the birth of AWS. He came to onboard Amazon in 2004 as the Director of Systems Research before becoming VP and Chief Technology Officer in January 2005.

Werner constantly participates as a keynote speaker in various AWS events and presents innovative insights on new AWS offerings. In 2012, Werner found the 1st position on the list of top 10 cloud influencers and thought leaders by Wired. Werner Vogels is also one of the active AWS influencers with a blog presence. 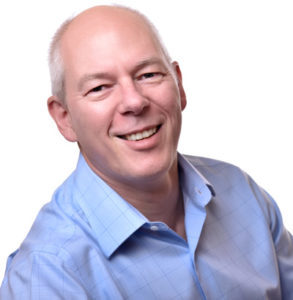 Adrian Cockcroft is also one of the notable names among best AWS cloud influencers. He is presently the Vice President of Cloud Architecture Strategy at AWS. The most notable achievement in Adrian Cockcroft’s career is his role as a cloud architect for Netflix. Adrian also leads the AWS open source community development team alongside focusing on the needs of customers.

Adrian works closely with customers for finding more about their use and creation of open source projects. He has also engaged with executives and developers at various conferences and summits across the globe as a top AWS cloud influencer.

Also Read: Which AWS Certification Should I Choose? 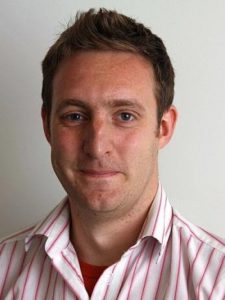 Matt Wood is also one of the notable AWS influencers with a formidable following. He is presently working as the VP of Artificial Intelligence at AWS. After joining AWS in early 2010 as a Technology Evangelist, Matt Wood has played the role of a top AWS cloud influencer effectively. Matt is a part of the technical leadership team at AWS.

Matt is very active in helping customers leverage the power of AWS offerings to translate ideas into reality. Over the years, Matt Wood has been a crucial player in the introduction of new features and services on AWS. Some of these AWS products and services include AWS Lambda, Amazon Machine Learning, and Amazon Kinesis. 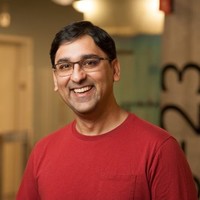 Deepak Singh recently became the VP of Compute Services at AWS in September 2019. The reputation of Deepak Singh among renowned AWS influencers primarily depends on his expertise in containers, compute services, and high-performance computing. He is an avid blogger, podcaster, and public speaker who communicates his views through his blog.

The involvement of Deepak Singh with AWS for a period of more than 11 years indicates his credibility. As one of the top AWS influencers, the expertise of Deepak in a diverse AWS product spectrum improves his appeal. 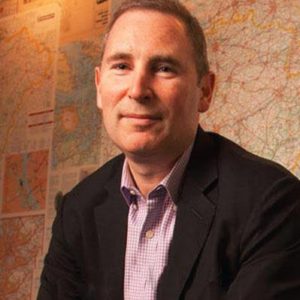 As the CEO of AWS, the reputation of Andy Jassy as one of the renowned AWS influencers is unquestionable. Andy is one of the oldest members of Amazon, joining the company only three years after its formation. With over 30.5k followers on Twitter, Andy frequently serves his role of AWS influencers by posting AWS news and updates.

He is also one of the minority owners of the future National Hockey League team in Seattle. He also enjoys the credit as one of the founding members of AWS. 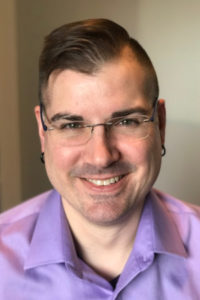 Mark Nunnikhoven is also one of the prominent names among the most popular AWS influencers. He is presently working as the Vice President of Cloud Research at Trend Micro since July 2015. However, the involvement of Mark with AWS is as an AWS Community Hero. Mark has been an AWS Community Hero since 2017.

His work primarily includes understanding the impact of technology on people’s concerns about privacy and security. Mark focuses highly on automation and works towards reducing the gap between conventional security and DevOps.

Stephen Schmidt is the Vice President of Security Engineering at AWS. In addition, he is also the Chief Information Security Officer at AWS. These credentials receive adequate support from the 11-year experience of Stephen in Amazon. Stephen serves as a keynote speaker at various AWS events on various topics such as AWS security leadership and cloud security. 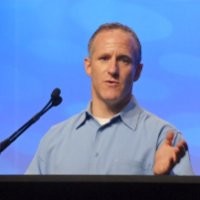 Ken Eisner is one of the most popular AWS influencers on this list with his role in AWS. He is the Director of Worldwide Education Programs at AWS since March 2019. The proven success of Ken in launching products as well as the creation of global programs is another reason for his popularity. In addition, the drive of Ken Eisner towards design and launching the AWS education program also accompany his expertise.

The role of Ken as an AWS influencer is visible in his work with hundreds of thousands of students. Ken is also a notable speaker at events such as AWS Imagine EDU and the AWS Public Sector Summit. Furthermore, Ken also enjoys the reputation of an education technology leader with over 20 years of experience. As a result, his contributions as an AWS influencer are clearly visible. 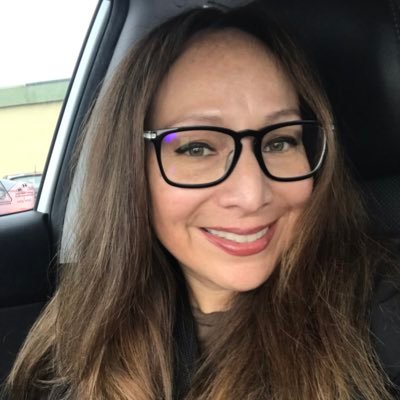 Currently associated with Microsoft, Vanessa Alvarez is at the role of Senior Product Marketing Manager where she is responsible to lead the market strategy for the hybrid cloud with Microsoft Azure. Previously, she has also worked with AWS as Global Marketing Manager, Product Marketing and Storage Solutions. She is the co-founder of NEXME – a next-generation on-demand real state platform.

Vanessa has also worked with many other renowned organizations such as Forrester, Scale Computing, Gridstore, and more. She is an active member of CloudNow and has been named as one of the top women in cloud computing. Thus, her name is proudly counted among the top cloud computing influencers.

Just like AWS, there a number of influential people in Azure. Read our previous blog on Top Azure Influencers and start following them.

After a closer look at all the renowned AWS influencers in this discussion, the conclusion is clear. Influencers have a slowly but surely growing follower base in the AWS niche. As companies gradually realize the power of cloud computing, they are bound to be drawn towards AWS. In such cases, the role of influencers as a guiding force can be crucial for AWS cloud adoption.

As one of the fastest-growing cloud service providers, AWS can get many other benefits from influencers. One of the foremost benefits is visible in the form of interaction between customers and influencers. These interactions provide the basis for product and feature improvements and are a clear benefit for AWS. Therefore, you can easily trust influencers for making the best of your AWS journey!

Though, to give your AWS journey an edge, it is important to validate and recognize your skills. For this, it is recommended to go for an AWS certification. If you are aspired to become a certified AWS professional, enroll for the AWS certification training courses and start your preparation now!