We have launched AWS Certified Solutions Architect Associate certification exam which is the basic level of AWS certifications. As part of training AWS certification topics, we have started writing important topics that are useful for preparing for the aws certification exams. In this articles, we are writing about Ingress vs Egress, these topics are part of the security in Amazon Web Services (AWS). Here is the snapshot of the exam blueprint. 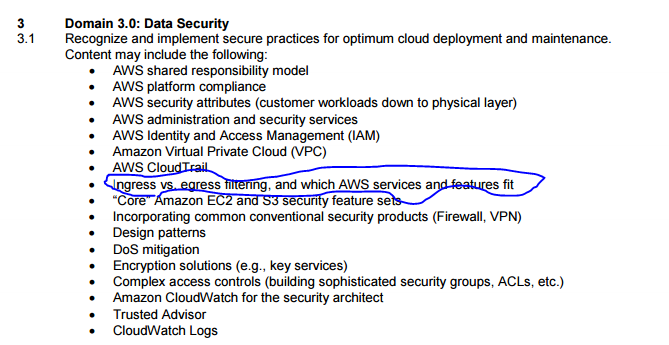 What are AWS Security groups?

These rules are provided by AWS to have an additional security barrier which protects your EC2 instances. It’s like a firewall that can be used to protect a set of EC2 instances.

The below diagram from AWS documentation shows a classic example of why you would need Security Groups. Let’s go through each bit of the image below in a little more detail. 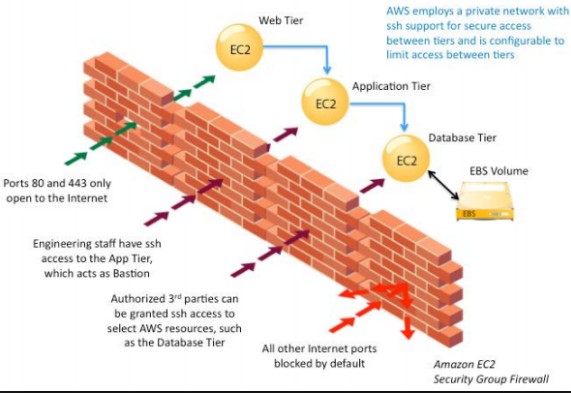 How do we create/set Security groups?

Now let’s look in detail and the steps required to create security groups.

Step 1 : Log into your AWS Console and go to the EC2 dashboard. Go to Network & Security->Security Groups. 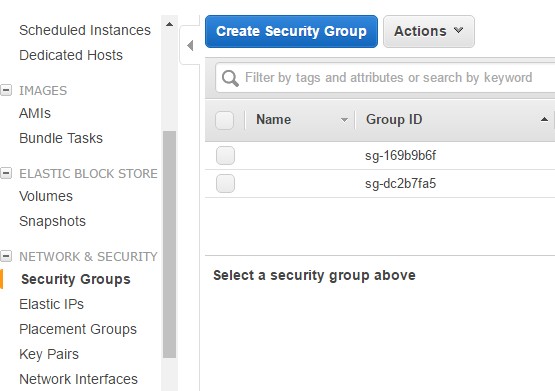 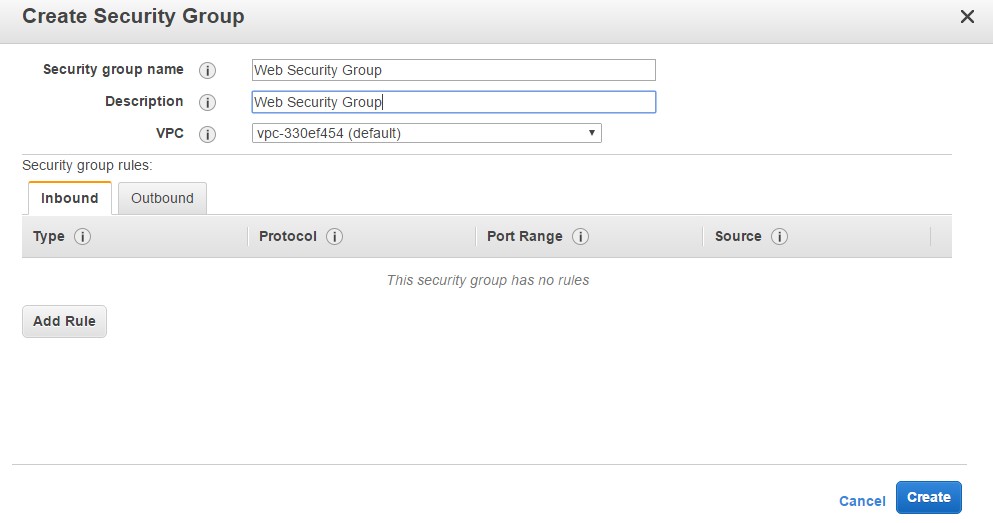 Now by default, because you have not mentioned any Rules, this Security Group will be based on the following principles

An Example configuration for our Security Group

Now that we have an instance setup and a Security group assigned to the instance, let’s see an example of an Inbound Security Group.

Step 1: Go to your EC2 dashboard, go to the instance which was created and click on Web Security Groups. Also please note that this instance has a public IP of 54.202.203.115

Now let’s try to ping our server on the Public IP. As shown below, we can see that the request is getting timed out. This is because all incoming traffic is blocked for the PING command.

Step 2: So now let’s edit our Web security groups to allow traffic to our Web server. Go to the Security Group and click on the Edit button. 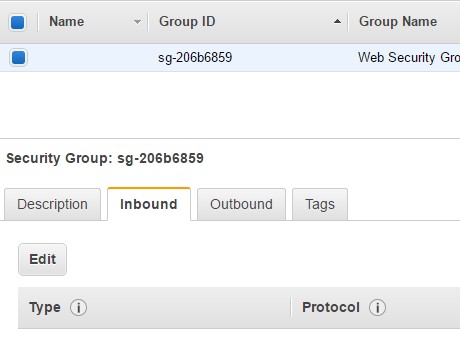 Step 3: Now when you create an Inbound Rule, You need to mention the below parameters

So let’s choose the following parameters for allowing us to ping the server. So there is an option to choose the Type of “All ICMP”. ICMP is the protocol used by the ping command.

We are then choosing the Source as “My IP”. So AWS will automatically detect your IP address and populate it accordingly. You can then click on the Save button to save the rule.

So now you have the Rule defined.

Step 4: Now let’s try to ping our server again. And now you can see that you can successfully ping the server as shown below. This means that the security group has taken effect and is working properly.

So let’s see some common Security Rules that we can use for our Web server.

Rule 1: Allowing http and https traffic – You can actually create multiple Rules in the Security group. One common and most required one is to allow traffic for the HTTP and HTTPS ports to allow the web sites hosted on your Web server to be accessed from anywhere.

Rule 2: Allow SSH or Remote Desktop, only from a single IP – Sometimes you may want to Remote Desktop or SSH to the web server depending on whether it’s a Windows or Linux Server to do configuration changes to the server. In such a case, you should only allow these protocols from a certain IP. So in the below example, we are assuming that 192.168.1.30 is a bastion host or dedicated machine on your network. It is a security risk to allow this sort of access from any other IP. When you specify a single IPv4 address, use the /32 prefix at the end of the IP Address.

Rule 3: Allowing Access from Database – Normally when you host databases in other EC2 instances you will have separate Security groups for them. Let’s assume you create a Database Security group for these sort of instances. You can then create inbound rules for the Web Security Group to the database security group so that the web servers can talk to the database servers. So in the below screenshot, we are assuming that we have MS SQL server, so we are choosing this rule type. And we are assuming that a Database security group is in place. So when you start typing the ‘Source’ as Database, it will auto populate this section with the Database Security Group.

These are the most important points to remember for the AWS certification exam.

I hope this article is very useful for you to understand the concepts behind security groups in the Amazon Web Services (AWS). Note that security is one of the important concepts that has to be prepared very well for passing the exam. We are going to write series of articles on the similar topics to teach you on how to use AWS with respect to prepare for the AWS certification exams.

It is important to practice more number of questions for preparing for the solutions architect certification exam. We have prepared 300+ high quality questions that covers all the exam objectives and provides explanation for all the option given for the question. This would help you to improve our confidence on the exam before you are taking the real exam.

If you are looking for any technical support like more explanation on each questions or clarifications, we have a dedicated support for Amazon Web Services (AWS) to answer all your queries. You can drop us a mail at info@whizlabs.com with your queries. We would respond to your questions within 12 hours of time.

Good luck for your exam preparation!!