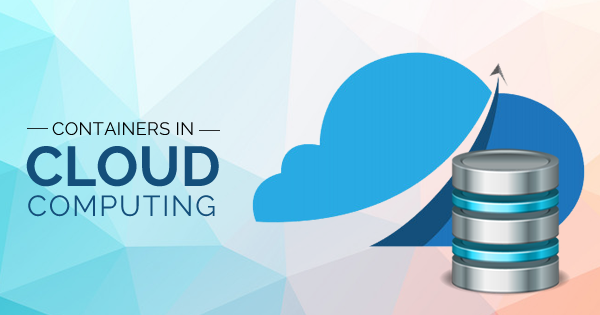 Apart from the major benefits for developers and the development process as a whole, containers have many credible advantages. A clear understanding of containers can help in obtaining funds for containers to forward the digital transformation objectives of the business. The following discussion would serve as an introductory guide for containers in cloud computing.

Understanding the Containers in Cloud Computing

Containers in cloud computing are the standard unit of software for packaging code and all related dependencies. Therefore, an application could run quickly as well as effectively in different computing environments. Containers provide a logical packaging mechanism involving abstractions of applications from the actual environments where the applications run.

The decoupling relationship in a container in cloud computing helps in an easy and consistent deployment of container-based applications. You don’t have to worry about the target environment with containers!  The target environment could be the public cloud, a private data center or the personal laptop of the developer.

Containers help in differentiating between essential concerns involved in application development. For instance, developers could focus clearly on dependencies and application logic. On the other hand, the operations team can emphasize on deployment and management. The positive point here is that each member in the application development team can focus on core functionalities.

Containers and Virtual Machines are Different

Another formidable highlight in the explanation of containers in cloud computing is the confusion with Virtual Machines (VMs). Containers and virtual machines are completely different terms. VMs are guest operating systems running on top of a host operating system alongside virtual access to system hardware. A container in cloud computing provides somewhat similar functions as a virtual machine.

Reasons to Use Containers

Now, let us take a look at the different reasons for using containers. We shall not dive into the advantages of containers here! On the contrary, the attention will be on features of containers that make them ideal choices.

Users could find runtime components such as libraries, files, and environment variables in application containers. The runtime components are mandatory for running software. Containers share resources without the need for a complete operating system for each app. The container holds a complete set of instructions for execution in the image.

The ‘appc’ spec is ideal open, standard container format on ‘CoreOS’ rkt container engine. One of the primary concerns that arise with containerization is the possibility of vendor lock-in by users and ecosystem partners. However, the vast assortment of open source technology underlying the container products reduces the risks of vendor lock-in.

Another important aspect referring to containers in cloud computing refers to working with distributed applications and microservices. Every container works independently along with minimal utilization of host resources. Application programming interfaces provide communication between microservices.

Also, the container virtualization layer helps in scaling up microservices. As a result, you can be able to address the increasing demand for load distribution and a particular application component. The element of flexibility is visible in this context. Well, that provided some clarity on how to use containers, didn’t it?

Benefits of Containers in Cloud Computing

After a reflection on the basic definition of containers and the way they work, let us outline the advantages of containerization. The outline of container benefits in cloud computing could also strengthen our idea of containers’ significance.

First of all, containers provide efficient portability. Containers involve packaging a software-independent from the host operating system. This means that the software could move away from the host platform and could run uniformly and consistently on other platforms.

Agility is one of the prominent advantages of containerization. Open source Docker engine was the pioneer in providing containers with universal packaging and simple developer tools. Now, the container ecosystem relies on engines under the management of Open Container Initiative (OCI). Therefore, developers could continue using Agile or DevOps tools and processes for faster application development and improvements.

Ease of management is another prominent benefit of containers. Container orchestration platforms such as Kubernetes are ideal for installing, scaling, and managing containerized workloads and services. Kubernetes work effectively with containers Docker and other container systems complying with Open Container Initiative (OCI) precedents. The benefits of container orchestration platforms also help in simplifying various management tasks. The management tasks can include rolling out new versions of apps and scaling containerized apps.

Fault isolation is an inherent characteristic of containers since each containerized application operates independently. So, failure in one container would not influence the activity of containers. Therefore, it is easier for development teams to identify and resolve any technical issues in a container. As a result, you don’t have to put other containers in downtime. Most important of all, the container engine could use OS security isolation techniques for isolating any faults in the containers.

Another dominant factor which shows the validity for using containers is their efficiency. Applications in containerized environments share the OS’ kernel and application layers in a container. Therefore, containers are more efficient than virtual machines in terms of smaller capacity and start-up time. Furthermore, containers utilize lower compute capacity, thereby implying better server efficiency and lower costs for server and licensing.

Finally, the concern of speed is a notable factor to validate the use of containers in cloud computing. Containers can share the OS kernel of a machine, thereby reducing the overhead on the machine. As a result, application development and deployment become easier and faster. The allocation of specific resource limits to applications in containerized environments also prevents any form of resource conflicts.

You should also note the benefits of transparency in containers which help in monitoring application version. Users could find out the current version of application code and related dependencies. So, you can store and track the different editions of the container and roll-back to previous versions, if possible.

An Example of Containers

The simplicity of container architecture and the process on how to use containers is a formidable factor underlying container’s popularity. Docker is one of the notable names among containers and is known for its diverse functionalities. Docker is open-source in nature and helps in automation of application deployment in a software container. The example of Docker is very important in this discussion on containers in cloud computing.

The benefits of docker are also similar to the ones in the previous sections. Docker provides faster development, portable application packaging, consistent behavior on different platforms, easy scalability, and better monitoring. Some of the notable terms related to Docker include ‘container,’ ‘image,’ ‘port,’ ‘volume,’ ‘registry’ and ‘Docker Hub.’ Let us take an example of using Docker to understand containers better!

In this example, ‘docker run’ is the command for running a container. The ‘ubuntu’ denotes the name of the image you run. With an image specification, Docker searches for the image on Docker host first. In case the image is not found locally, the image retrieval is done from Docker Hub. The /bin/echo ‘Hello World’ is a command that you will run in a new container. The container functions by simply printing “Hello world” before finishing the execution.

Preparing to become a Docker Certified Associate? Follow this comprehensive guide for Docker certification preparation and get ready to become an expert in containerization.

Containers in cloud computing are surely new-generation miracles for the IT landscape. With containers, we can look at a future without any hassles for the development and operations team i.e. DevOps teams. The applications of containers are also aligned with the emerging tenets for big data and their significance for organizations.

For example, web servers could run in a container for ensuring public access to data without risks of information leaking to adjacent containers. Another possible scenario could be machine learning algorithms running in different containers. These different containers could access the same data for various types of analysis while improving the speed and quality of outcomes. The speed, efficiency, transparency, and portability aspects of containers can take them a long way in the IT domain.

The knowledge of containers will be helpful for every DevOps professional irrespective of the cloud platforms they are working on. So, it is recommended for you to gather more knowledge about the containers. You can also validate your knowledge and skills with a DevOps certification. If you’ve already planned, enroll in the DevOps certification training courses and give your preparation a new edge. 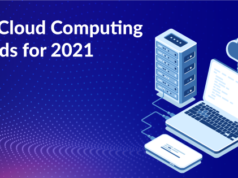 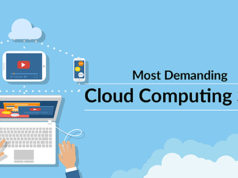 Top Cloud Computing Skills You Need to Pick Up in 2021