The growth of cloud computing is not subsiding anytime soon and the popularity of major public cloud service vendors is the proof! You can find Azure influencers on Quora for getting answers to questions or doubts you may have regarding Microsoft Azure. The adoption of Microsoft Azure by many businesses all over the world at a fast rate i.e. 120,000 new customers every month shows the promising potential of cloud computing.

On the other hand, trends in the field of cloud computing and Microsoft Azure would also emerge gradually over time. Therefore, it is important to check the new trends among services by top players such as Microsoft, AWS and Google Cloud Platform. Influencers are the best bet to find news and information about upcoming developments on Microsoft Azure and other platforms. Influencers related to the Azure platform obtain ideas from customers and their requirements for proposing new product or service developments. However, azure influencers do not work solely towards selling Azure products.

The Ultimate List of Top Azure Influencers on Quora

Chris Pietschmann is one of the Microsoft Azure Quora influencers with considerable experience. He is the founder of BuildAzure.com that is dedicated to Microsoft Azure. He is also an MVP and Microsoft Certified Trainer. Chris finds mention in this list of Azure influencers on Quora because of his experience in training various enterprises for the adoption of Microsoft Azure cloud.

The BuildAzure.com website serves as a prominent indicator of Chris Pietschmann’s achievements as an Azure thought leader. The website provides a wide variety of materials on different topics related to Microsoft Azure. The topics can include certification, Blockchain, IaaS, SaaS, and PaaS, as well as IoT. Chris does not have a prominent following like other Azure influencers on Quora. However, there is barely anyone who could match up to his expertise and experience with Microsoft Azure.

Presently working as a Product Advocate for Red Gate Software, Grant Fritchey delivers promising answers on various Microsoft Azure questions on Quora. With almost 887 followers, Grant is obviously one of the top Microsoft Azure Quora influencers. Grant is a Microsoft Data Platform MVP having more than 20 years of experience in development and data administration. Furthermore, he is also the author of many books are articles regarding best practices for SQL server, development and performance tuning. In addition, Grant is also the President of Board of Directors of the leading non-profit training organization for Microsoft Data Platform, PASS.

Grant Fritchey remains frequently active on Quora and is one of the Azure influencers providing immediate responses. His expertise in various topics such as transition in careers on Microsoft Azure helps various followers achieve clarity on certain doubts.

Lakshmi Narasimhan Parthasarathy is also one of the top entries among azure influencers on Quora. With a total of 606 followers on Quora, Lakshmi Narasimhan provides evidence of exceptional skills across multiple areas. As a co-founder of ShapeBlock, there is little to doubt his credibility.

Furthermore, his experience of years in the Kubernetes cluster is the ideal indicator of his reputation as an Azure thought leader. Furthermore, he has also shown promising expertise and skills in the Microsoft Azure cloud, which prove him as an influencer. The cloud skills of Lakshmi Narasimhan also classify as validation for considering him as an azure influencer.

His answers on choosing from the renowned cloud computing platforms or the right Microsoft Azure certification prove his dedication and commitment. His experience as a technical architect and experience with other cloud computing platforms, as well as Java, prove his technical mettle. However, his views on Microsoft Azure certifications and efforts to build online courses and practice tests are commendable.

Jay Chapel, currently working as CEO at ParkMyCloud and also one of the co-founders, is a reliable Azure thought leader. The most interesting factor that makes Jay one of the best Azure influencers on Quora is his experience in cloud management. His work on ParkMyCloud for reducing the wasted cloud expenditures validate his identity as an Azure thought leader. Furthermore, Jay Chapel has 64 followers on Quora and constantly stays in touch through his responses. From suggesting the best cloud computing platform to defining various cloud architecture components, Jay does it all on Quora!

Rodolfo Castaldi is one of the names in the list of Azure influencers on Quora for simple solutions to seemingly complex problems. The reputation of Rodolfo as one of the most viewed writers on the topic of Microsoft Azure on Quora is a vital factor for establishing his credibility. Rodolfo Castaldi worked at CVS Caremark previously and has had the privilege of implementing 8 Azure projects. Even with a limited number of followers, Rodolfo’s answers to questions on Microsoft Azure are very simple and right on-point! As of the time of writing this article, there are 16 verified answers by Rodolfo Castaldi on Microsoft Azure questions on Quora.

Samuel Silbury is one of the less popular Azure influencers on Quora. However, his Quora profile showcases a completely immersing personality. The responses of Silbury about possible plot-holes in the Avengers cinema franchise or Donald Trump’s impeachment show how interactive one can be with Samuel. Coming to his expertise in Microsoft Azure, Samule Silbury gives straightforward explanations to different questions on Microsoft Azure. As of the time of writing this guide, Samuel has 10 answers on Microsoft Azure topics to his credit.

Samuel Silbury deals with topics such as ways in which Microsoft Azure captured a sizeable portion of the public cloud services market. In addition, Samuel also covers topics such as comparison between different certifications for a prolific career. Furthermore, the responses of Samuel cover long-term prospects in the development of Microsoft Azure platform.

The most interesting thing about Roberto Lopez as an influencer on Quora is evident in the topics he chooses for answering. For example, reflecting on reasons to choose Microsoft Azure despite the availability and excellent performance of second tier cloud providers. His responses also include reasons for migration to Microsoft Azure or process for installation of Azure Backup server. You can also learn about functionalities of different Azure components such as Azure VM or the Azure command shell (CLI) from Quora answers of Roberto Lopez.

James Mitchell is also a prominent mention among Azure influencers on Quora with an active follower base. James is presently the CEO of Strategic Blue, a Financial Cloud Broker firm. Strategic Blue deals with cloud pricing and transferring commodity trading expertise to the cloud through their services such as ‘Cloud Options’ and ‘Pricing Insights’. The expertise of James Mitchell in cloud pricing establishes a specific niche for him with respect to cloud computing. Therefore, you can find vital insights regarding the pricing structures of Microsoft Azure. Furthermore, James also reflects on interesting topics such as the feasibility of foreign cloud services providers in the US market. In addition, he advocates the importance of cloud computing and major emerging trends in the field through his Quora responses.

When looking at the list mentioned above, you could find many entries missing any form of activity on Quora. This can be a troublesome factor for Azure enthusiasts who want to interact with Azure influencers on Quora. However, you could always follow the personalities mentioned above on other social media platforms such as Twitter or LinkedIn. The personal preferences of Azure thought leaders are not under our control, but we have access to information. So, now that we know the names of different Azure thought leaders on Quora, it will be easy to find them on other platforms.

The most interesting highlight for the future is that experienced and capable Azure professionals can provide insights for developing new products and services. The popularity of Azure thought leaders could also drive new and innovative ideas for new Azure technologies in the future. These Azure influencers can also be helpful in your certification preparation along with the Azure certification training courses. So, follow them on Quora and get ahead in your Azure career! 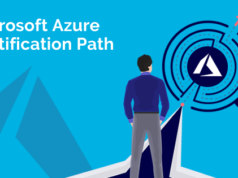 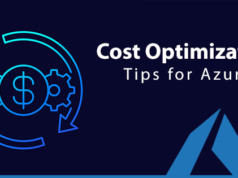