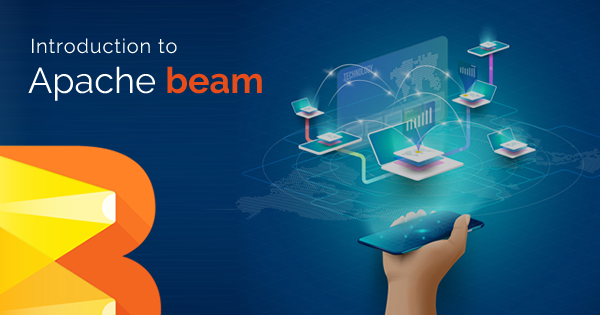 Apache Beam is one of the top big data tools used for data management. Check out this Apache beam tutorial to learn the basics of the Apache beam.

With the rising prominence of DevOps in the field of cloud computing, enterprises have to face many challenges. The management of various technologies and their maintenance is a noticeable pain point for developers as well as enterprises. One of the prominent burdens on enterprises in the DevOps era is the management of Big Data. You can find many tools for the management of big data such as Apache Spark, Apache Flink, Apache Hadoop, Apache Beam, and many others.

Therefore, it is very easy to get lost in the search for an ideal tool for processing big data. If you want to avoid all ambiguities in selecting a reliable processing tool for big data, then Apache Beam could be the right choice for you. The following discussion takes you through a brief Apache Beam tutorial, explaining its definition, features, and basic concepts related to it.

Why is Apache Beam Important?

Some of the initial questions that arise when you select a tool for big data management can include the following.

The only solution to these questions lies in Apache Beam, and you can find enough reasons for the same in this Apache Beam tutorial. The first pointer in our discussion would be the definition of Apache Beam. It is an open-source unified programming model that can define and execute streaming data as well as batch processing pipelines.

Apache Beam is the culmination of a series of events that started with the Dataflow model of Google, which was tailored for processing huge volumes of data. The name of Apache Beam itself signifies its functionalities as a unified platform for batch and stream data processing (Batch + strEAM). Check out Apache Beam documentation to learn more about Apache Beam.

Google donated the Dataflow SDK to Apache Software Foundation alongside a set of connectors for accessing Google Cloud Platform in 2016. As a result, the Apache incubator started, and Beam soon became a top-level project in the early half of 2017. As of then, the project has continuously been through potential growth in terms of features as well as its community.

You can find a software development kit (SDK) for defining and developing data processing pipelines alongside runners for ensuring their execution. It is capable of providing a portable programming layer. Beam Pipeline Runners help in translation of the data processing pipeline into API that is compatible with the backend of the user’s preference. Now, Apache Beam supports the following distributed processing backends.

Now, let us reflect on some of the important concepts pertaining to Apache Beam in this Apache Beam tutorial. You would need basic knowledge of the following concepts to get started with Apache Beam.

PCollection generally stands for a data set on which the pipeline works in Apache Beam. The data set can be bounded or unbounded, depending on the source. For example, a bounded data set comes from a fixed source such as a database table or a file. The unbounded data set, as the name implies, could imply the arrival of new data at any moment. The PCollections serve as inputs and outputs for every PTransform.

The PTransform in Apache Beam is the definition of a particular data processing operation. PTransform could take multiple PCollections as input and then perform a defined operation on every element in PCollection. It then returns either zero or more PCollections in the form of output. You can find the in-built basic PTransforms such as the following,

Users should understand that these PTransforms in Apache Beam tutorial could help you familiarize yourself with the process of writing transforms. Gradually, you can develop fluency in writing your own transforms for different processing operations.

Enhance your Big Data skills with the experts. Here is the Complete List of Big Data Blogs where you can find the latest news, trends, updates, and concepts of Big Data.

The most important pointer that can answer the question “why use Apache Beam” refers to Apache Beam SDKs.Beam SDKs give a unified programming model capable of representation and transformation of data sets of varying sizes. The interesting factor is that the type of data set in the input could be an infinite or finite data set. Beam presently supports language-specific SDKs in Java, Python, and Go languages.

As discussed above, pipeline runners are essential for the functioning of Apache Beam. They are important for the translation of the Apache Beam streaming and batch processing pipelines. The pipeline runners are defined as the API that supports the distributed processing backend of your selection. As you run the Apache Beam program, you should specify a relevant runner for the backend available for the execution of your pipeline.

We have already outlined some of the supported distributed processing backends supported by pipeline runners in this Apache Beam tutorial above. Beam provides support for enabling pipelines to ensure portability across various runners. On the other hand, despite the differences in capabilities of every runner, they also have a feature for the implementation of core concepts in the Beam model.

Now, you must be wondering about any additional reasons to opt for Apache Beam for other than the Apache Beam datastream feature. First of all, Apache Beam resolved the problems due to the lack of a unified API that associates all frameworks and data sources together. In addition, you can also find abstraction for the application logic of the big data ecosystem.

The abstraction between the application logic and big data technology improves its usability. The next important reason to use Apache Beam that you must have noticed in this Apache Beam tutorial is that you have to write the application logic once. Just make sure note to mix up or scramble the code with runner specific or input specific parameters.

Also Read: Why is Big Data Analytics so Important?

The next important step in an introduction to Apache Beam must be the outline of an example. You should know the basic approach to start using Apache Beam. Here is an example of a pipeline written in Python SDK for reading a text file. The task for the pipeline in this Apache Beam tutorial would also include calculating the frequency of letters in the text. Here is the example code.

Now, a step by step evaluation of the above-mentioned code can help us understand the basic use of Apache Beam.

Therefore, we have clearly observed that Apache Beam is a perfect unified tool for simpler big data management. Data processing becomes simpler as you may have noticed in the above-mentioned Apache Beam tutorial. It supports the integration of various data processing engines and SDKs, thereby providing exceptional opportunities for enterprises to boost their productivity.

However, Apache Beam is still developing, and certain features are not compatible with all runners. On the contrary, the remarkable efforts of the Beam community are all slated to address these issues effectively. Apart from the guidance in this tutorial, you should also explore the official Apache Beam documentation for an in-depth understanding. 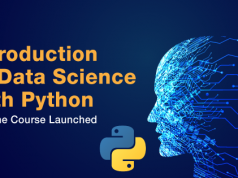 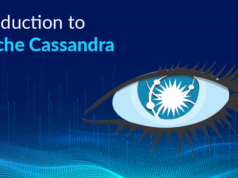