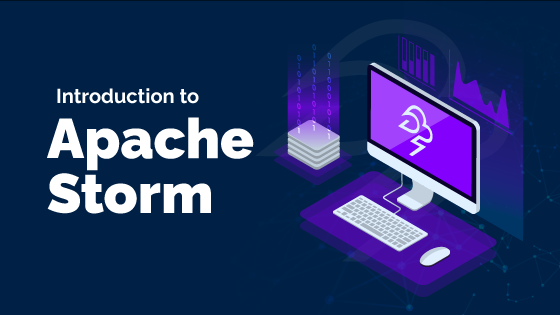 Apache Storm is a free and open source distributed real-time computation system. It makes everything simple to process unbounded streams of data in a reliable manner. It is easy to use and works with any programming language. Written mainly in the ‘Clojure’ and ‘Java’ programming languages, it makes use of ‘Spouts’ and ‘Bolts’ to run application-specific logic.

Originally created by ‘Nathan Marz’ and team at ‘Backtype’, it was open sourced after being acquired by Twitter. It is scalable, fast, fault-tolerant, guarantees that the data is processed and easy to set up and operate. It has a record of processing a million tuples per second per node.

Storm joined the Apache Software Foundation as an incubator project delivering high-end applications. Since then, Apache Storm has been meeting the demands of Big Data Analytics.

It is integrated with Hadoop to maximise throughput and can work with any programming language. It is scalable and ensures that the data is processed. It is simple to set up and get in action.

Apache Storm integrates with the existing queueing and database technology. An Apache Storm topology consumes data streams and processes them in arbitrarily complex ways, repartitioning the streams as needed between stages of computation.

A topology is a graph of computation.Topologies are created to perform real-time computations on Storm. Each node herein contains processing logic, and links between nodes suggest how data should be passed between them.

A Storm cluster is slightly similar to a Hadoop cluster. While on Hadoop, you run “MapReduce jobs”, on Storm “topologies” are run. And where a  MapReduce job eventually finishes, a topology processes messages indefinitely or until you kill it.

On a Storm cluster, there are two types of nodes:

The master node runs a “Nimbus” daemon, which is similar to Hadoop’s “JobTracker.” Nimbus is in charge of distributing code throughout the cluster, assigning tasks to machines, and monitoring for failures.

Each worker node runs the “Supervisor” daemon. The supervisor listens for work assigned to its machine and initiates and terminates worker processes as needed based on what Nimbus has assigned to it.

A running topology is made up of many worker processes distributed across multiple machines and each worker process executes a subset of topology. All communication between Nimbus and the Supervisors takes place via a Zookeeper cluster. Furthermore, the Nimbus and Supervisor daemons are fail-safe and stateless. All state is stored in Zookeeper or on a local disc. This means that even if you kill -9 Nimbus or the Supervisors, they will restart as if nothing happened.

Storm clusters are extremely stable as a result of this design. 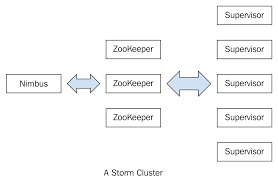 Running a Topology is simple.

This invokes the class org.apache.storm.MyTopology with the arguments ‘arg1’ and ‘arg2’. The primary function of the class that defines the topology and submits it to Nimbus. The storm jar connects to Nimbus and uploads the jar. This is the simplest way of running it via a JVM based language.

Since Nimbus is a thrift service, topologies can be created and submitted using any programming language.

A Stream is an unbounded sequence of tuples. Stream is the core abstraction in Storm.

Storm provides the basis for transforming an existing stream into a new stream in a distributed and dependable manner. You could, for example, turn a stream of tweets into a stream of trending topics.

Storm’s basic primitives for performing stream transformation are “spouts” and “bolts.” Spouts and bolts have interfaces that could be used to implement application-specific logic.

A Spout is a stream source. A Spout, for example, could read tuples from a Kestrel queue and emit them as a stream. A Spout could also connect to the Twitter API and send out a stream of tweets.

A Bolt takes in a number of input streams, processes them, and may emit new streams. Complex stream transformations, such as generating a stream of trending topics from a stream of tweets, necessitate multiple steps and, as a result, multiple bolts. Bolts can filter tuples, perform streaming aggregations, carry out streaming joins, communicate with databases, run functions and much more.

Spout and Bolt networks are packaged into a “topology,” which is the top-level abstraction that you provide to Storm clusters to run. A topology is a graph of stream transformations, with each node representing either a spout or a bolt. The graph’s edges show the bolts subscribed to respective streams. When a spout or bolt emits a tuple to a stream, the tuple is sent to every bolt that has subscribed to that stream.

In a Storm topology, every node executes in parallel. You can specify the amount of parallelism you want for each node in your topology, and Storm will spawn that number of threads across the cluster to execute the code. A topology exists indefinitely, or until terminated. Any failed tasks will be reassigned automatically by Storm.

Storm makes use of Tuples as its data model.

A Tuple is a named list of values and a field in any Tuple could be an Object of any type. Storm supports all the primitive types, string and byte arrays as Tuple field values.

A Stream grouping tells a topology how to send tuples between two components. 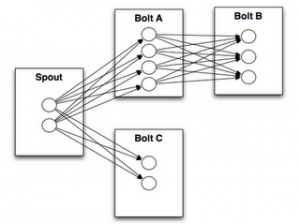 Storm ensures that every message is routed via the topology at least once. A frequently asked question is “On top of Storm, how do you do things like count? Will you not overestimate?”. Trident is a higher-level API in Storm that allows you to achieve exactly-once messaging semantics for most computations.

Storm’s primitives can be used for a variety of other purposes. Distributed RPC is one of the Storm’s most fascinating applications, in which you parallelize the computation of intensive functions on the go.

The Apache Storm provides various functions and services for computations. With its integrated queueing system and database system, everything becomes easy. It is a distributed, fault-tolerant, open-source computation system which can process streams of a variety of data in real-time. It provides guaranteed processing of data, which provides the ability to replay data that was not successful the first time it was processed.

You can use multiple languages in Storm like Python and you can also use it in some situations such as Internet of Things (IoT), Fraud detection, Social analytics, Extraction, Transformation and Loading  (ETL), Network monitoring, Search, and Mobile engagement from multiple platforms. 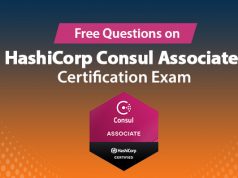