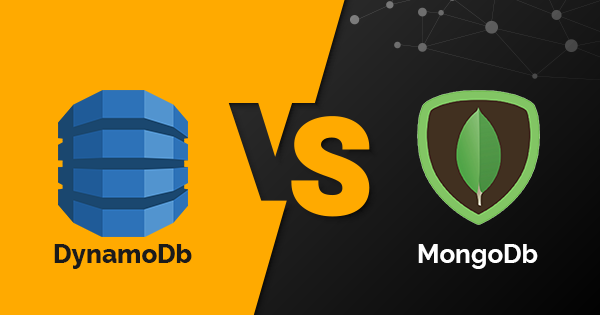 The use of relational database management systems is very common in the IT world. However, in recent times, the debate over Amazon DynamoDB vs MongoDB has been gaining momentum. The primary theme in this debate largely focuses on the emergence of NoSQL databases. Earlier relational database management systems use tables, rows, and columns for the organization of data.

Furthermore, these systems utilized SQL query language for retrieving and storing data. However, the discussion on MongoDB vs DynamoDB arises from the limited capabilities of RDBMS using SQL. The use of SQL is ideal for the storage of simple structured data, and RDBMS could not address the performance, flexibility, and scalability requirements of present-day data-intensive applications.

MongoDB and DynamoDB are NoSQL databases that aim at addressing major insufficiencies in the conventional RDBMS. NoSQL databases have the capabilities for storing unstructured data like logs, images, user and session data, images, data from IoT devices, chats, and videos.

Understanding the Basics of DynamoDB and MongoDB

MongoDB and DynamoDB are the two most popular NoSQL databases in the market presently. So, it is obvious to draw comparisons on the effectiveness of DynamoDB and MongoDB as NoSQL databases. The following discussion would paint a clear outline of the difference between DynamoDB vs MongoDB.

Before proceeding towards the DynamoDB vs MongoDB battle, let us know the basic information about each of them in brief.

DynamoDB is the fully managed NoSQL database of Amazon. You can find DynamoDB in the official Amazon Web Service (AWS) portfolio. The most important highlights of DynamoDB are speed and predictability of performance. The initial release of DynamoDB was in January 2012.

DynamoDB runs on the cross-platform operating system and is also known for ensuring scalability and low latency. DynamoDB offers features for creating databases with the capacity for storage and retrieval of massive data volumes. Furthermore, it also ensures automatic data traffic management through data distribution and managing traffic of customer requests over servers.

MongoDB is a non-tabular, opensource database that came into existence in 2007. The credit for developing MongoDB goes to MongoDB Inc., a US-based software company. The primary highlights of MongoDB include the document data model and distributed systems design along with a unified experience.

The document data model provides the most prolific approach to work with data, and the distributed systems data supports the intelligent allocation of data. The notion for creating MongoDB came up with the need for a database to address the requirements for building a service in the cloud.

Also Read: How to Use AWS DynamoDB?

Difference Between DynamoDB and MongoDB (DynamoDB vs MongoDB)

Now, let us arrive at the central focus of this discussion, i.e., on MongoDB vs DynamoDB comparison. The differences between MongoDB and DynamoDB in different areas are as follows.

However, you can notice a similar terminology in the form of “Secondary Index” when you look at DynamoDB or MongoDB. So, DynamoDB and MongoDB show their first differences in their terminologies despite having the same concept.

The next important point of difference between DynamoDB vs MongoDB focuses on the data model. MongoDB follows the BSON data model for storing data. The BSON data model is similar to JSON format and enables a database to support various data types. Some of the data types supported by BSON are Decimal128, timestamps, 64-bit integers, and dates.

On the other hand, DynamoDB tends to underperform in this section of the DynamoDB or MongoDB comparison. DynamoDB serves as a key-value store with additional support for JSON to enable document-like data structures matching with application code objects. As compared to MongoDB, which can have documented up to 16MB in size, an item or record in DynamoDB could not exceed 400KB.

When you think of comparing AWS DynamoDB vs MongoDB, the flexibility of deployment is definitely a mandatory point of comparison. DynamoDB is the proprietary database of AWS, and so, you can run it in production only on AWS. On the other hand, you can run MongoDB anywhere. It could be a public cloud platform, a developer’s laptop, or an on-premise datacenter.

In addition, you can also access MongoDB as a fully managed cloud database with the launch of MongoDB Atlas in 2016. MongoDB Atlas follows a similar delivery model like DynamoDB, thereby taking away any apprehensions that you may have.

Also Read: Top Benefits of Getting an AWS Certification

5. Ease of Setup and Installation

On the other hand, DynamoDB enjoys the advantage of being the proprietary database of Amazon in this comparison criteria. Users could access the AWS console and follow the guidance of a wizard for creating a database easily. It seems like DynamoDB scored a point in this comparison now!

MongoDB showcases formidable consistency by default through ensuring that all read/writes go to the primary in MongoDB replica set. The read/writes can be scaled across multiple partitions. Users could also relax the consistency requirements for read operations according to their requirements. On the other hand, DynamoDB also ensures the configuration of read operations, only to return highly consistent data.

So, the DynamoDB vs MongoDB comparison again turns towards the latter’s favor. Even if you can get high consistency, the costs of read double, and you also have to deal with additional latency. In addition, the read consistency is not precise in case of queries against the Global Secondary Indexes of DynamoDB. As a result, application complexity can increase substantially.

Security is another prominent factor in comparing DynamoDB vs MongoDB. In the case of MongoDB, you can find security as a notable setback. MongoDB disables authentication by default during the installation process. As a result, anyone could change any data at any time. Therefore, users have to put additional measures in place to ensure user authentication, such as usernames and strong passwords.

On the other hand, DynamoDB turns out to be a winner in this section of the DynamoDB vs MongoDB battle. The AWS assurance for security works heavily in favor of DynamoDB. Access to DynamoDB has to be granted through Identity and Access Management (IAM) feature. The use of role-based access control and access/secret key pairs for accessing DynamoDB ensure prolific levels of security.

The final point of comparison between DynamoDB vs MongoDB largely relates to the provision of support, documentation, and community activity. MongoDB Inc. provides support through StackOverflow, Community Support Forum, and ServerVault. DynamoDB also uses the same platforms for obtaining support from Amazon. Both DynamoDB and MongoDB also provide enterprise support.

Preparing for an AWS Interview? Go through these top AWS Interview Questions and get ready to ace the interview.

Furthermore, MongoDB also offers better flexibility for deployment as compared to DynamoDB. Let us end the discussion by taking a look at the notable companies which these databases. Amazon, Netflix, New York Times, Shazam, Samsung, and Electronic Arts use DynamoDB while Google, Facebook, Adobe, Forbes, Cisco, SAP, and eBay use MongoDB!