Certain technologies are considered a must to know for a Java developer.  According to the recent survey conducted by a leading digital platform for learning Java, Java is considered the most demanded technology or one may say framework among the developers. Apart from this, Artificial Intelligence and Machine Learning are the technologies that are equally demanding Java developer skills.

There is enough interest of Java developers in Blockchain as well. Among others, the Spring Framework is the one, highly favored. As it is evident, these are not all the frameworks or technologies of Java. Various front-end frameworks have also surfaced, which specifically hold importance for Java Developers.

All these knowledge are essential for ensuring that the programs being written or developed will work well.  At the same time, the right usage of operators is also considered among the prominent advanced Java skills. This is important because as a programming language, Java is packed with arithmetic symbols.

It is recommended to stay informed about the latest versions and features of Java as a Java developer. Here are the Best Java Blogs that you can follow to get regular Java news and updates.

Spring framework is highly favored among many junior Java developer skills and senior java developer skill set. While executing the Spring Framework, the object,, forming the prime section of the application are handled in the Beans. Hence, good knowledge of Spring-Beans is considered highly important. Knowledge in aspect-oriented programming or AOP holds equal level importance. This is one of the must have Java Developer Skills in modern times.

It is equally important for a developer to understand the aspects to be tested in an application. To make sure that the test is done right, the fundamentals of the test, its primary objectives, etc., should be thoroughly understood.

Hibernate Query Language or HQL is an important Java developer skill, employers look in the candidates, in modern times.  HQL is also an object-oriented query language just like SQL. Knowledge of Git is also quite looked for among the developers. GIT is a source code management platform that lets the users get back to the earlier editions, and also helps in merging the files, by letting other members of the team take part in the same project.

Apart from these, the knowledge of continuous development platforms like Jenkins, project management tools like Jira, etc. are the advanced Java skills that should be possessed by a Java developer. 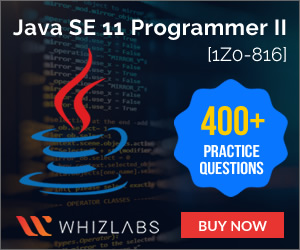 In present times, while hiring a Java developer, it is essential to make sure that he/she is very much versed with the most upgraded edition of LTS. The earlier editions are also quite in use at the business scenarios.  Many top organizations pay emphasis on the top Java Developer skills like knowledge in Java 8 streams. To be specific, the knowledge in Guava and modular systems of Java 9 is given greater priority. Good knowledge in RxJava is also an important Java developer skills 2019.

The developers need to understand that the knowledge of Java libraries is no more considered additional.  Rather, it holds the position of one of the most demanded Java developer skills. Knowledge in Java libraries is a crucial aspect that is checked about a developer of beginner level while hiring. In fact, on most occasions, the hirers particularly mention the requirement while conducting the recruitment process.

Problem-solving attitude is one of the must have Java Developer skills. An efficient Java developer is the one who understands it well – how to create, as well as manage the codes effectively. At the same time, problems may also appear during testing phases. An experienced developer is the one who shows flexibility to get things and address from any stage of development.

It is important to understand that what someone mentions within the CV is not essentially his zones of proficiency. It is thus important for a developer to figure out his/her one strong zone. From the recruiters’ perspectives, they should straightaway ask the candidates about the same aspect. As discussed above, a Java developer’s skill is not complete unless he/she shows flexibility to address things from the testing stage as well.

A Java developer needs to have good knowledge of working with the applications of large scale enterprises. It is an additional benefit to possess knowledge of multi-threading methods. It is considered among the primary skills for Java developer. Those who are ready to work for web platforms must gain knowledge of CSS, JavaScript, and HTML.  Ultimately, the requirements often vary by the position or job role. Developers those who can show flexibility irrespective of the case can indeed survive.

From the interviewer’s perspectives, they should be very much aware of the STAR technique in modern times. STAR here refers to S-Situation, T-Task, A-Action, and R-Result.  However, from a candidate point of view, he/she can simplify this as the overall problem-solving skill. In this technique, the questions that test the competency level of the candidate often appear. In short, a candidate can figure out the questions those fall attuned with the STAR technique.

No matter how advanced platforms or technologies you get competent with, but basics are always tested when it comes about hiring a Java developer. This is the story even for the senior developers. It is thus advised to have a practice of basic programming skills. It is true indeed that the mode or approach of coding is not the same for every developer. But, time is a concern. It is thus essential to make sure that your code is easy to understand and execute.

A simple code can be executed in a much quicker time than the complex ones. And, the quicker it is developed and executed, the more effective from a budget point of views it gets.  However, in the pursuit of making the program look simple or in the pursuit of finishing things quickly, one should not compromise the security aspects and quality. It turns meaningless if the job is done in a very nominal time, but has to be re-done.

Ultimately, the line between perfection and simplicity should be perfectly figured out. Make sure each side remains to equivalent level at either side of the line. Though it’s a matter of experience to attain this level of perfection at the professional level, the budding Java developers can also earn the knack upon handling or being part of the live projects. The best recommendation would be to go for internship programs.

It is suggested to bag opportunity of internship at start-up or mid-level organizations, as one can get greater exposure at these places to sharpen primary skills for Java developer. The challenges of finishing things within a confined time frame with perfection teach a lot to the concerned developer. Hence, rather than being in a hurry of cracking a job at a top MNC, one should acquire all key Java developers skills by working enough in the same field.

Java developers are not just meant to be developing the applications. Those who want to work for web-based companies or digital platforms are essential to possess good knowledge in JSP and mark-up languages. To be specific about mark-up languages, knowledge of HTML and XML is highly prioritized.

In concurrence, the knowledge of working with platforms like MVC and JNDI is given equal level prominence these days. In terms of framework, like Spring is considered best Java Developer Skills. Working on web platforms, the knowledge of web technologies like CSS, JQuery, and Javascript can be handy. When it comes about the user interface developer positions, a good skill over the frameworks like Swing, SWT, and AWT is highly preferred. Knowledge of Applets can also be count among the best Java developer skills 2019.

Programmers do have to put a lot of passion and enthusiasm while writing codes. A Java developer has to take it to the other level. But, it is seen sometimes that a Java developer with a lot of zeal towards coding gets into a dubious phase of mind by going through the speculations of the future. Most prominent of such speculations being made is regarding the effect of Artificial Intelligence. Well, this is something too much to get worried about. It is certainly not going to happen shortly.

Moreover, the level of sophistication requires making the technology replace human brains, specifically for coding too higher. Yes, the developers should look for smart ways of coding, rather than depending upon the manual modes. In short, if the technology is something developed by humans (coders to be specific), its future can also be decided by the same. So, unnecessarily worrying is worthless!

If we talk about opportunities, one who gains these skills and also validates them with certification, is ready to reach the top. So, if you are aspired to have a bright career as a Java developer, go for a certification. You can check out our Oracle Java certifications training courses to prepare well and get a certification in Java.

Wish you the best!