Before we get into thread implementation in Java, let us spend some time and understand the idea and concepts behind threads and concurrent programming.

There are two basic units in the concurrent programming namely Process and Thread. In Java, the concurrent programming is implemented using Threads. Each operating system consists of many processes running to achieve different tasks. Each process has its own memory space. As a matter of fact, JVM (Java Virtual Machine) runs as a single process. A Process contains one more Threads. Each and every Thread which belongs to a Process can share Process’s resources, memory and files.

The ‘Runnable’ interface contains a single method called ‘run()’ which contains the code to be executed in the thread. Once the thread instance is created and ‘start()’ method is called on the thread, JVM creates a thread and invokes ‘run()’ method.

The above snippet of code creates a thread class by implementing ‘Runnable’ interface and by providing implementation for method ‘run()’. The ‘run()’ method will contain the execution logic for the thread to execute. After that, in the main() method we created an instance of the class which implements Runnable interface, and passed that instance to the new Thread object. Finally, we called ‘start()’ to start the thread execution.

In fact, every Java program runs in a thread, we can call it the ‘main’ thread. In the above code example, we instantiated and started a thread from our main thread.

As we see the previous code example, we straightaway created our thread instance and started the thread by calling its ‘start()’ method.

As we already discussed we have two ways to create and start threads in Java. The following two points summarizes these two strategies and discusses which approach is most benefited.

So the recommended way to create threads is by implementing Runnable interface. But, extending Thread class also fine provided that application requirements demands that. In terms of functionality and thread execution, there will not be any difference with respect to the above two approaches. 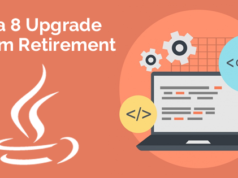