To date, over 5,50,000 databases have been migrated using the AWS DMS.

Whizlabs conducted an elaborative webinar on ‘AWS Database Migrations with DMS’, with Mr. Brian H. Hough on 8th January, 2022. We have published a course about AWS DMS.

The agenda of the Webinar was to learn:

Brian H. Hough is a certified blockchain and cloud developer, AWS Community Builder, and passionate advocate for innovation. He got his start in tech as the Chief Communications Officer for 8 Decimal Capital, a $60M global blockchain VC fund, while he worked as the Google Arts & Culture Project Coordinator at the Harvard Kennedy School’s Project on American Indian Economic Development.

He is a Web2 and Web3 Developer, and the CTO and co-founder of AirBlock Technologies that is digitising supply chain and aerospace. He also runs the TechStack Playbook Podcast whose overall goal is to make App Software and tech fun and accessible bringing more inclusion to the tech community globally. He has been through multiple Hackathons, and won the ETHOnline ’21 hackathon by building HelpMeDev.io, a decentralised founder-entrepreneur marketplace.

SQL stands for Structured Query Language, made up of tables that are structured with fixed rows and columns, wherein you have a primary key for a primary table.

For instance, we are tracking a library wherein there are multiple readers who are reading books. The two databases are readers and books. And there exists an ID1, that is Joe, and another ID that is Sally. In the books, we may have one book whose name is Star and another book called Journey, and we want to track all the different readers, the different books, and who is reading what.

So, under the joining table, this is basically mapping the relationship between the two tables, wherein you might have Sally who has Book1, and Joe with Book2. Here comes SQL into play because it helps you sort the fixed excel spreadsheets like tables to help you map and track your data.

If we go on expanding the whole concept of database, there are multiple databases available other than SQL, for example: 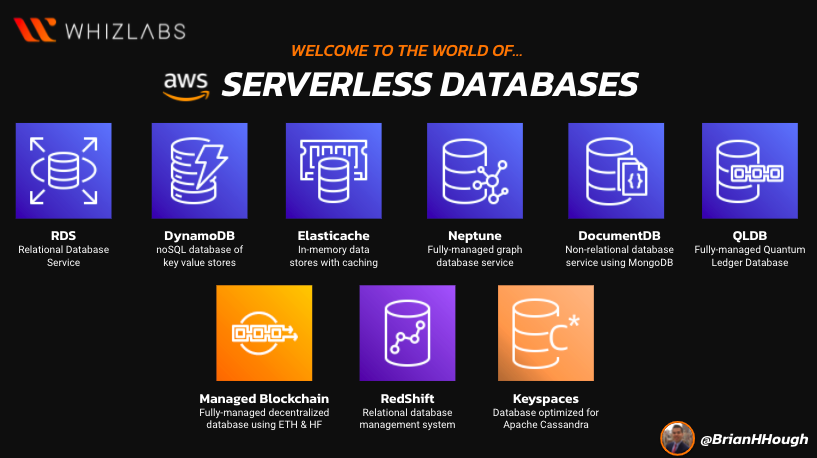 This webinar was focused on RDS, the relational database service, which helps you with various services like Patching and Updating, done by the database management system.

AWS has extracted that work out of the overall flow, allowing the user to focus on scaling the database and using it effectively, putting aside worrying about the security patches, for they are already being managed. AWS is highly efficient and scalable, balancing top security with low cost.

It also has multiple database engines like Aurora, Postgres, MySQL, Microsoft SQL Server, Oracle, and MariaDB, to name a few. 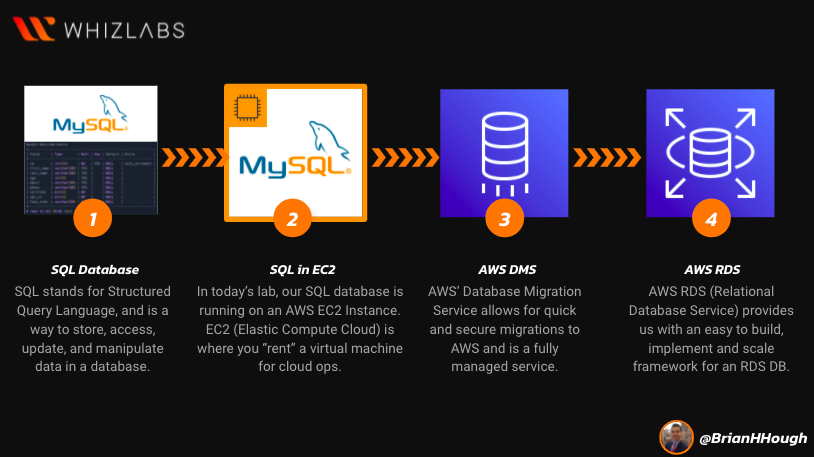 For practical learning, go through the hands-on-lab in the webinar in the link below:

The content has been defined thoroughly with great clarity on the concepts. Keep learning with us for more amazing content.

Abilesh holds a Master's degree in Information technology and Master of Philosophy Degree in Computer Science and did his Research on Information security via Collaborative Inference Detection. Also, received an Honorary Doctorate from UNO recognized organization. He contributes to Cloud research and supports building cloud computing tools.