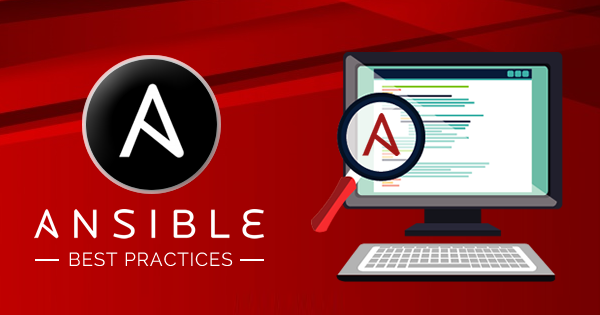 Ansible, an open-source automation platform, has been a prominent introduction in the DevOps movement. The applications of Ansible in the automation of application deployment, configuration management, cloud provision, and intra-service orchestration lead to a rising interest in Ansible best practices. Ansible is ideal for multi-tier deployments, thereby aligning with the cloud’s basic structure precisely, which is increasing the demand for an Ansible certification.

Ansible helps in modeling the cloud IT infrastructure with a description of inter-relation between all systems. Ansible does not implement any agents or additional custom security infrastructure. Furthermore, Ansible also offers flexibility for deployment and uses the simple YAML language in its Playbooks. Therefore, the user could easily describe automation jobs in simple English.

Ansible Best Practices You Should Learn

The only proven approach to use Ansible to its full potential is by referring to the best practices recommended by experts. The following discussion presents a collection of the ten most important ansible best practices you should know. As noted above, Ansible does not have a custom security infrastructure. Therefore, the following list of best practices would also include references to ideal measures for security on Ansible.

1. Understand the Philosophy in Ansible’s Design

The next crucial philosophy of Ansible’s design is the optimization of Ansible content for readability. If the Ansible content is properly optimized, then it could also serve as the documentation for workflow automation. Ansible plays, and Ansible roles are not ideal for writing code. They encourage users to focus on the design of the automation process. 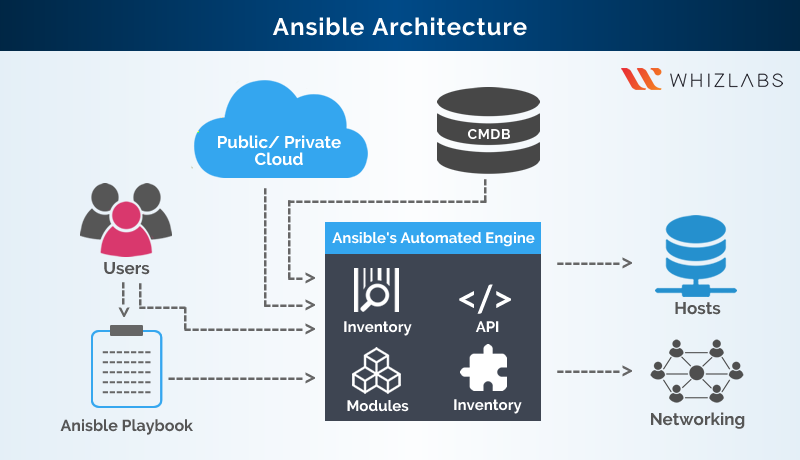 The most important recommendation in the philosophy of Ansible is the suitability of diverse approaches. Ansible has substantial capabilities for adapting to diverse environments and workflows alongside ensuring the management of complex automation tasks. Therefore, users should continue experimenting with different approaches to leverage the maximum potential of Ansible’s power and simplicity.

2. Use the “name” for Tasks and Plays

Ansible playbooks are one of the significant components, or you can say, the foundation of Ansible. The Ansible plays and tasks in the Playbook should have the “Name” attribute. Users should always follow this essential entry among Ansible best practices. The addition of a name with a helpful description that humans can understand is ideal for communicating the intent of plays or tasks. Users could know the objective of the play while running it. You can consider the example of a play and the standard Ansible output in the image below.

A user could see the function of the play without knowing the contents of the play. However, the user would only know that the play is conducting some process with yum or the service. Therefore, there is no clarity regarding the objective of the play. The objective could either be the filename or some other additional documentation source. Now, let us add “name” declaration on the play as well as all the involved tasks like in the example as follows,

Instead of the above, you can write the task like the example below,

There are two prominent reasons to follow this best practice. Without an explicit declaration of the owner and group of the file, the owner is generally the user executing Ansible. Therefore, it is not desirable on the basis of security reasons. The second reason implies that when people use Ansible playbooks or Ansible roles, they could not always know about the defaults of modules used. People could not know about the exact objective of the tasks. On the other hand, maintaining explicitness in the tasks provides a better sense of direction to a project.

4. Re-Use what is Already Present

One of the best ways to get the best of Ansible is to look for re-using existing roles. Ansible best practices indicate that you should look for playbooks and roles before writing them. Maybe someone has already done that! So, why go through all the effort? Generally, Ansible Galaxy always has a role for common software. Many individuals and organizations provide various high-quality roles such as ANXS, jdauphant, and others. Users should use “ansible-galaxy init” for creating the initial directory layout while creating their role and adhere to it.

5. Best Practice for Documentation of Roles

Documentation of roles is also one of the important aspects of improving the user experience with Ansible. Therefore, one of the Ansible best practices you should know while documenting roles is the use of a template created through “ansible-galaxy init.” Users should use the template for describing the role and the function and explaining the variables used. In addition, users should also describe the required dependencies alongside examples.

6. Finding the Right Application for Roles and Modules

Users should also follow the best practice of using the right tool for the right job. There are specific approaches for dealing with roles and modules in Ansible. Let us find out the particular concerns regarding productivity in the case of roles and then in the case of modules. Roles are self-contained units of Ansible automation that express in YAML language and relate with other assets in the bundle.

The decoupling of roles follows the assumptions that play make. Roles allow for reuse and collaboration of general automation workflows and configurations. The roles also provide complete lifecycle management for service, container, or microservice. Roles also imply the enforcement of standards and policies by default.

Modules are small programs performing actions on remote hosts or on their behalf. Users can express modules as Python or PowerShell code, and an Ansible task can call modules. Modules are ideal for complex interactions and logic of a unit of work generally with APIs or a command line. Modules also help in the abstraction of complexity for simpler automation.

Thinking to adopt Ansible as a configuration management tool? Let’s understand the advantages and disadvantages of Ansible.

7. How to Improve the Usability of Roles?

The next addition to this list of Ansible best practices refers to improving role usability. Users should run roles with limited parameter variables and emphasize convention over configuration. In addition, users should also provide sane defaults. Other crucial recommendations to enhance role usability include using variable parameters for modification of default behavior. Furthermore, users should always maintain a role such that it is easy to develop, test, and use with better speed and security.

The focus on Ansible security best practices is also an important concern for Ansible users. Users should not expose sensitive data in the Ansible output. If you are using the “template-” module and the file has passwords and other sensitive data, then you would not want them in the Ansible output. In such cases, you can use the “no_log” option. By adding the “no_log-” option to a task, there will be no logs of the output. For example, consider the following playbook,

Without the “no_log: true,” you can find the following output,

With the “no_log: true” enabled, you can find the following output,

You can also use “ansible-vault” for the safety of sensitive data in playbooks and roles.

A review of these processes could help in the identification of areas for changes. Ansible’s task-based nature helps in easier content writing with tools such as STIGMA and OpenSCAP for verifying automation. Users could improve the safeguards of their Ansible configurations by integrating Ansible Tower’s data collection with general logging and analytics providers.

Here’re some How-to’s to MAXIMIZE YOUR ANSIBLE SKILLS

Ansible is an open-source tool and is a powerful automation instrument. Therefore, you can find diverse illustrations of Ansible best practices from multiple sources. Users should obtain basic awareness regarding the structure of the Ansible and simple functionalities of Ansible. To extend your Ansible skills, you can also understand its comparison with other tools like Chef vs Puppet, Terraform vs Ansible, Chef vs Puppet vs Ansible, etc. You can enroll in the Ansible Basics training course to explore additional information about Ansible.

Furthermore, hands-on labs and practical experience in automating configurations on Ansible can help you learn the best practices effectively. The applications of Ansible in DevOps and the best ways to obtain the most out of Ansible are numerous. All you have to do is to learn how to be better at Ansible!