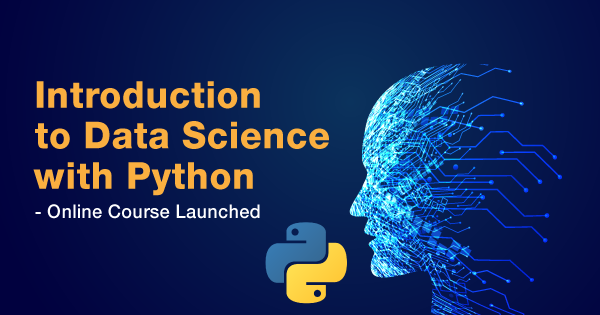 Data Science with Python is the most requested and awaited course by Whizlabs followers and we are extremely happy to introduce the course to our followers!

Data is one of the most critical aspects of any company because it allows executives to make decisions based on facts, statistics, and patterns. Data science, a discipline, arose as a result of the widening reach of data. Many sectors including farming, risk management, fraud detection, marketing optimization, and public policy use data science. Whizlabs has received several requests to launch courses that will get them massively recruited or promoted in a matter of days due to the need everywhere and particularly in high-profile jobs.

The era of traditional statistics is coming to an end and data science is booming. Data science now has broad implications in a variety of fields including theoretical and applied research areas such as computer perception, speech recognition, and advanced economics, as well as fields such as healthcare, social science, and medical informatics. It has an effect on product improvements through providing a wealth of information about customers and operations through methods such as data mining and data analysis.

Learning these become extremely useful, which is why Whizlabs has introduced an online course: Introduction to Data Science with Python which will help the most non-tech savvy students to master Data science. The powerful explanation and emphasis on strengthening the base of computer science is the reason behind high recommendation of the course.

Python is a powerful, open-source, interpreted programming language that makes a significant approach to object-oriented programming. It is one of the most popular languages used by data scientists for a variety of projects and applications. Python has a lot of features for dealing with math, numbers, and science functions. It has excellent databases for data science applications. Ease usage of Python and straightforward syntax are two of the key reasons for its popularity in the science and academic communities.

We have received reviews from a lot of engineering students and academia students who say that Python is the sole programming language which has helped them become incredibly productive and versatile in their workplace. Whizlabs made it a point to take the recommendations and dig deeper into the subject whilst coming out with a well modeled course. We have found that even scientists have a basic knowledge and knowing of Python. Hence, whichever stream you are in, the following course is a must.

From web development to data science, Python is everywhere. Learn the basic and advanced concepts of Python with Python for Beginners training course. Check out the course here!

Learn the basics of PostgreSQL Python and build your skills to work with PostgreSQL database using Python programming language here!

Introduction to Data Science with Python

Whizlabs is here to console all your fears of not being up to date with technology. The course is a perfect way to kick start.

One of the important aspects in the learning journey which we think is important, is to get your minds thorough with Python Libraries. Within the first few lectures, you will be equipped to build mini Python projects. Projects like tracking your daily expenditure, spending habits, daily accounts etc is something you will be able to code and track on your own. A little more advancements will equip you enough to analyse and trace data from surveys and projects.

The above is just a drop in the bucket. If the first 2 lectures could give you such a powerful hand, just imagine the horizon you will conquer after completion of the course. Programming small online games, modifying the codes of google maps, amazon etc are things that you are going to enjoy throughout the course.

After a basic introduction to Data Science and Python, the course will get into drilling the concepts of data structure. The foundational constructs upon which you design your programs are data structures. Depending on the use story, each data structure offers a unique way of organizing data so that it can be accessed quickly. Python standard library contains a wide range of data structures.

After dusting your hands with the structures, we will shift to one of the most important parts of the course which will be Data Libraries. Libraries like Numpy, Pandas, Matplotib, Scikit-learn and a lot others will be familiarized. Their uses and functions will be very clear through this phase.

This Introduction to Data Science with Python course aims to help you master Python programming concepts that are essential for Data Science. Check out the course here!

To better your sphere of understanding, Whizlabs has included demo lectures of the most used libraries which will help you solve case studies and learn the codes practically on site. The course has included Data cleaning, Data visualisation and Machine Learning projects. Your results should be illustrated clearly and visually, preferably in a Jupyter Notebook format so that technical people can read the code while non-technical people can follow along with the charts and written explanations.

Classification is a predictive modelling problem in machine learning where a class mark is predicted for a given example of input data.

When the output variable is a real or constant value, such as “income” or “age,” you have a regression problem. There are several different models that can be used, the most common of which is linear regression.

When Unsupervised algorithms, on the other hand, draw inferences from datasets based solely on input vectors, rather than referring to known, or marked, outcomes.

Dealing with gradient descent will be next on the list. Gradient Descent is a classification method for locating a spatially separated function’s local minimum. Gradient descent is a technique for evaluating the effects of a function’s parameters (coefficients) that minimise a cost function to the greatest extent possible.

Logistic regression is a mathematical analysis tool for estimating a data value based on previous data set observations. It is possible to use logistic regression to determine whether a student will win or lose an upcoming exam. Elections for the student council. The next few lectures will help you with these predictive analysis tools.

The course has intensive lectures on deep learning which is a machine learning technique that teaches a computer to learn how to predict and classify information by filtering inputs (observations in the form of images, text, or sound) across layers. Modern deep learning libraries are included in the lectures.

The course’s ultimate aim is to ensure that you can apply Python-based data science to real-world data and put it into practice right now. Start analyzing data towards your own projects, regardless of ability level, and Attract prospective employers with proper citations of your data science skills.

Also, read 5 Reasons Why You Should Choose Python for Big Data

Q1. Is Python good for Data science?
Ans: Python’s full-featured programming nature makes it ideal for implementing algorithms. It has bundles that are customized to particular data science tasks.

Q2. What is Data Science with Python?
Ans: In short, knowing Python is one of the most important skills for a data science career. Python is the programming language of choice for data science, though it hasn’t always been. 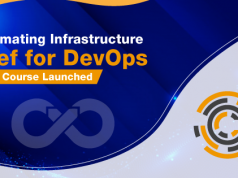