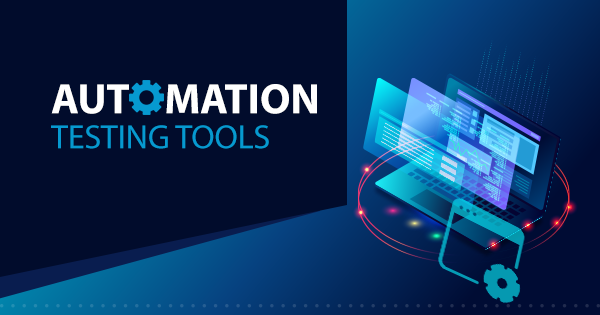 The development of applications is one of the prominent needs of the hour. Talking about the hour, the need for faster delivery of applications is clearly evident. So, how is it possible? The answer is evident in the wide range of available automation testing tools. While manual testing is the norm for testing new applications for many decades, the possibility of error can be many.

Therefore, you need to turn towards automation testing for leveraging an automation tool to ensure the execution of test cases. The different automation software could also ensure the entry of test data into the system under verification. Then, users could compare the desired and actual results alongside generating detailed test reports.

As per market prediction, the automation market is estimated to reach 600 million US dollars by the year 2020.

After setting out a pattern for testing with an appropriate automation testing tool, you can continue with the specific setting for software testing. You can save a lot of costs by automating test suites, which take away the need for human intervention. The following discussion presents a list of automation testing tools for different purposes.

Before we move ahead in this discussion, let us see the reasons to go for automation testing. In addition, let us also reflect on the test cases for using entries from the automation testing tools list. Manual testing for all workflows, fields, and negative scenarios is highly time-consuming and cost-intensive.

Manual testing for multilingual websites and applications is very difficult. Most important of all, manual testing could become redundant, thereby creating monotonousness that subsequently leads to errors. The advantages of automated software testing also present vital reasons to choose an automation testing tool.

Firstly, automation helps in improving the speed of executing the test. In addition, automation also takes away the need for human intervention, thereby improving the flexibility of software testing. The application of automated testing is highly dependent on the selection of the right test use case for automation testing.

New in the world of Robotic Process Automation? Start with an introduction to RPA and Blue Prism.

Ranorex Studio is one of the popular codeless automation testing tools that involve a click-and-go interface. On the other hand, it also provides a powerful interface for automation experts, along with a complete Integrated Development Environment (IDE). The features of this automated testing tool include reliable object identification, even in the case of web elements having dynamic IDs.

In addition, QAS also provides support for advanced automation strategy through coded automation and scriptless automation methods. QAS gives a unified solution for different scenarios along with test authoring to support web, mobile web, micro-services, multi-device, and Omnichannel components. Therefore, QAS is the ideal tool for digital enterprise to ensure the scaling of automation alongside taking away the need for purpose-specific tools.

Katalon Studio is one of the automated testing tools for web applications that also encompasses API and mobile app testing. The comprehensive range of features in Katalon Studio, such as creating test cases, execution of tests, result reporting, and recording actions. Furthermore, you could also avail features such as the generation of test scripts, reporting results, and integration with other tools across the software development lifecycle.

Katalon Studio is also one of the automated testing tools for web applications that support Linux, macOS, and Linux. In addition, Katalon Studio also offers exceptional support for testing Android and iOS apps as well as web applications on all new browsers and API services. Furthermore, it is available for free alongside the facility of paid services for enterprises and businesses.

Squish is one of the new automation testing tools with a client base ranging over 3000 companies all over the world. The primary features of this tool include comprehensive support for all major GUI technologies, test script recording, and limited reliance on visual appearance or screenshots. Therefore, it is a reliable option, along with major server-side automation testing tools.

The extensive range of renowned script languages in its library with the facility for test scripting is also a commendable feature. In addition, Squish can effectively integrate with CI-systems and Test Management. The behavior-driven development and testing model alongside complete compatibility with the Gherkin language is a notable feature of Squish. The facility of an Eclipse-based IDE with Squish makes it an ideal tool for automated GUI testing.

The LEAPWORK automation platforms also help non-technical specialists develop automation flows, just like codeless automation testing tools. LEAPWORK involves the development of test cases in the form of flowcharts on a design canvas by putting different building blocks together. Data-driven automation, as well as enterprise-grade services with LEAPWORK, establish its credibility among other tools for automated testing. You would not have to read a single line of code and ensure that you execute various cases quickly.

TestComplete is also one of the formidable names among automation testing tools. The tool helps in building and executing functional UI tests with the support of the effective record and replay features. TestComplete also offers the functionality of scripting tests in languages such as Python, VBScript, and JavaScript.

This tool offers effectiveness at par with server-side automation testing tools with support for a wide range of applications. The support for .Net, as well as native and hybrid iOS and Android apps, ensure its large-scale adoption. The TestComplete tool also offers testing capabilities and scaling the tests through over 1500 real test environments. TestComplete provides different types of capabilities such as in regression, cross-browser and parallel testing. Talking about comprehensive coverage, could there be any better option?

Experitest is one of the renowned names among automated testing tools for cross-browser and mobile app testing. The key features of the Experitest include the facility of support for over 2000 real browsers and mobile devices. It also provides compatibility with open source tools like Selenium and Appium, thereby ensuring better inter-platform testing.

The ISO & SOC2 certification for global data centers provides an assurance of security for testing purposes. In addition, it also provides the assurance of large-scale test execution, thereby providing assurance of productivity. Furthermore, it also integrates effectively with CI tools such as Jenkins, TeamCity, and others. Most important of all, Experitest provides the advantage of running automated tests and projects in any IDE or any testing framework. In addition, it also provides enterprise-grade scalability, visibility, and security.

Testsigma is a pioneer in this list of automation testing tools, which is ideal for the emerging Agile and DevOps market. It relies on AI for test automation, which provides a reliable test automation ecosystem and addressing the continuous delivery requirements. The approach towards a market-driven automated testing tool is very interesting and could be the indicator of long-term prospects.

Testsigma provides diverse components needed for continuous testing in a test automation ecosystem. As a result, users could find multiple functionalities for automation of web, mobile applications and API services. Furthermore, the facility of support for multiple combinations of device, browser and OS on the cloud as well as on-premise machines is an additional advantage.

Qualibrate is a contemporary solution for test automation that can transform the approaches for documentation and testing SAP and Web applications. In addition, it also provides the benefit of creating training documentation for end-users. The design of Qualibrate primarily aims at increasing the simplicity and accessibility of test automation for non-technical users.

Most important of all, Qualibrate does not compromise with the advanced functionality requirements for technical users. Therefore, you can find the onboarding process in Qualibrate very intuitive and smooth with various opportunities for easier understanding. The easy-to-use interface of Qualibrate makes it better than other technical solutions that could be complex for understanding. You can record a Business Process within no time by using the interface of Qualibrate. The centralized storage of all user steps and input data on the Cloud with Qualibrate provides better responsiveness.

Preparing to get certified in RPA Blue Prism? Check out the Blue Prism Certificationsnow!

The world of automated software testing also involves open source automation testing tools. One of the profound names among open source tools for software testing is Selenium. Selenium provides compatibility with a wide array of programming languages. In addition, it also offers support for different testing frameworks as well as operating systems and browsers.

Selenium is one of the reliable automated testing tools for web applications. Selenium helps in the creation of highly effective test scripts with the facility of regression testing, faster bug reproduction, and exploratory testing. Some of the other renowned open-source automation testing tools are Appium, Robotium, and Cucumber.

Cucumber leverages the concept of behavior-driven development. As a result, it provides the ability for automated acceptance testing through a description of the optimal behavior of the application in examples. The cross-platform OS support of Cucumber also makes it one of the reliable additions to the software testing tools list.

Other long-term prospects for automation testing tools would include a focus on codeless testing. Furthermore, the use of automated testing in integration with the software and application development lifecycle could also be the prominent trends in the future. The primary objective, however, should always focus on providing better ease of use alongside an interactive user interface.