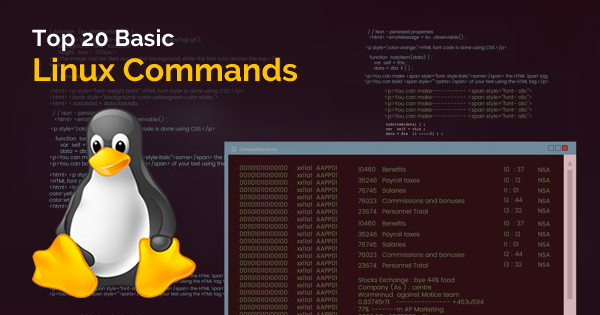 Are you a beginner, aspiring to start a career in Linux? Check out these most common basic Linux commands that will help you get started with Linux.

The world of IT is more vibrant than ever, with many new tools and uniquely diverse development environments emerging every day. Among the many foundational aspects of the IT world, Linux always holds a formidable place. The open-source operating system framework has helped many applications and servers come to life.

Most of the enterprises and technology enthusiasts use Linux as their first preference while many of us are still using Windows on our computers. Learning the basic Linux commands becomes important because you cannot just depend on the GUI alone for using Linux. The various advantages of Linux make it one of the top preferences in the computing world. Getting expertise in Linux commands also helps you in getting a Linux certification.

First of all, it is open-source with the facility of complete customization. However, if you learn how to use basic Linux commands, then you would have complete control over Linux. You can use Linux directly from the terminal with the help of basic commands. In addition, specific commands are essential for the organization, troubleshooting, and optimization of applications.

The following discussion would serve as a Linux commands tutorial in which you can learn about 20 important Linux commands. Each of the commands in the following discussion would help you understand your applications better. You would also find the applications of these commands in Linux development environments, bare-metal infrastructure, containers and virtual machines (VMs).

‘Curl’ is the ideal entry among basic Linux commands for transferring an URL. You can use the ‘curl’ command for testing the endpoint of an application or its connectivity to upstream service endpoints. In addition, ‘curl’ could be ideally useful for finding out whether your application can reach another service or the check the health of your service. For example, if your application throws an HTTP 500 error implying that it cannot reach a MongoDB database, then you can find the following code.

In this case, the ‘-I’ option dictates the header information while the ‘-s’ option ensures silencing the response body. Users can check the database endpoint from a local desktop by the following example code.

As a result, you can clearly notice that your application could not resolve the database due to the unavailability of the database URL. On the other hand, it is possible that the host does not have a nameserver for resolving the hostname.

‘Sudo’ is undoubtedly one of the prominent additions among basic Linux commands. You can use this command for executing commands with root or superuser privileges. The syntax for the command is “$ sudo <command>”. Some of the functionalities of the ‘sudo’ command could be evident in the following examples.

The output would be /root/Desktop/Programming

You can clearly notice here how typing ‘pwd’ in the terminal helps in accessing the absolute location of the working directory.

The example presented above helps in checking if your Python Flask application lists Flask as a dependency.

Linux blogs are a good source of information about the latest news, trends, technology, and more. Here are the top Linux blogs that you should follow in 2020 to enhance your knowledge.

The ‘grep’ command is ideal for searching file patterns. In addition, ‘grep’ helps in highlighting relevant lines while looking for specific patterns in the output of another command. You can utilize ‘grep’ for searching log files and specific processes.

For example, if you want to check whether the Apache Tomcat starts up, the number of lines can be pretty overwhelming.

In this case, you can pipe the output to the ‘grep’ command for isolating the lines indicating server startup. Here is the code example to provide additional clarity on the example.

The next important addition among basic Linux commands is the “IP address” command. If it does not work on your host, then you must have installed the host with iproute2 package. “IP address” command helps in viewing interfaces and IP addresses of an application’s host.

For instance, if a container associated with two networks, then the ‘IP address’ command can showcase the interface connecting with different networks. The most general application of “IP address” command would be to identify the host’s IP address.

A prominent addition in basic Linux commands cheat sheet is the “history” command. You can find unique variants of the ‘history’ command for different shells. The command can help you find the history of commands that you have used since the beginning of the session. The most promising application of ‘history’ command is for logging the commands used for troubleshooting an application.

The “mv” command is also one of the notable basic Linux commands. It helps in moving files and directories from one directory to another. After moving the file/directory, it is deleted from the working directory. The syntax of the ‘mv’ command is as follows,

A basic Linux commands cheat sheet can help you uncover the significance of ‘sort’ command also. The ‘sort’ command helps in alphabetic or numeric sorting of search results. You can sort files, directories and file contents with the ‘sort’ command. The syntax for the command is as follows,

The next important addition among top 20 basic Linux commands refers directly to the ‘ssh’ command. It actually presents indications towards a cryptographic network protocol for secure operations of network services on an unsecured network. The general use-cases refer to remote command-line execution. On the other hand, SSH command can also help in securing any network service. Here is the syntax of ‘ssh’ command running on a slave node for remote access to the master.

The syntax for ‘ssh’ command running at the master for remote access to the slave node is as follows.

This is obviously one of the important basic Linux commands for beginners to learn working with files on Linux terminal. The ‘cp’ command helps in copying files and directories. One copy of the copied file or directory would still be present in the working directory. The syntax for the ‘cp’ command is as follows,

The ‘chmod’ command is ideal for changing the access permissions for directories and files. Take the following example into consideration,

When you try to run the newly created file ‘chmodtest.sh’, you will encounter an error. It can be executable only after modification of permissions of the file through using ‘chmod’ command. Here is the syntax of the ‘chmod’ command.

The unique addition among basic Linux commands is the ‘man’ command. It helps in obtaining the complete documentation or manual for any command or tool in Linux. The syntax for the ‘man’ command is as follows.

For example, if you want the documentation for ‘mkdir’ command, then you can use the command “man mkdir” for obtaining the same.

Preparing for a Linux interview? Go through this definitive set of top 60 Linux Interview Questions Answers and get ready to ace the interview.

Now, you must be feeling confident about starting your learning journey on the Linux platform. Awareness of basic Linux commands mentioned here can help you use the terminal effectively. In addition, you can be more confident and efficient in carrying out different tasks on Linux effortlessly. However, the 20 commands mentioned here are not the only commands for mastering Linux basics. There are many other commands which can strengthen your Linux expertise considerably.

So, start learning the basic commands of Linux right now for a promising career ahead. If you’re aspiring to get certified in Linux, check out our Linux certification training courses and take the right step to boost your career! 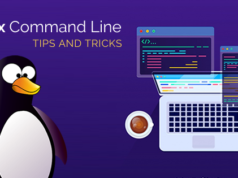 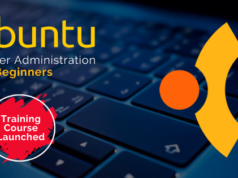 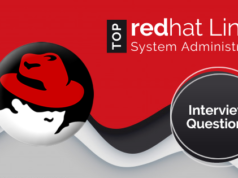