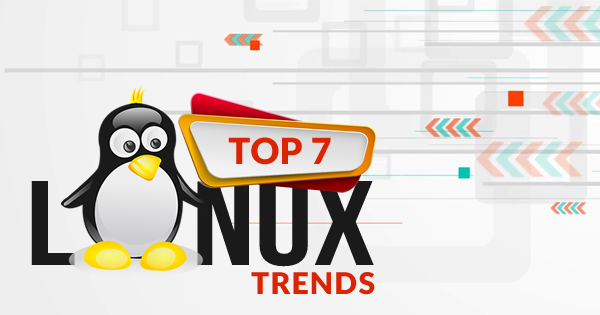 Ever since its creation, the Linux platform, given its open-sourced nature, has featured a vast array of innovative minds who are determined to bring world-changing ideas into reality. Owing to its broad developer user base, Linux has become one of today’s well-known and secure operating systems along with various other implementations.

With the development and advancement in every technological era, Linux is also making considerable advancements year by year. The professionals with the updated knowledge of the Linux trends and a Linux certification for the recognition of their skills are considered more prominent in this competitive era. Now, as we’ve stepped into 2021, it’s the right time to look into the upcoming Linux trends that will be seen in 2021.

Know the Latest Linux Trends in 2021

Considering the fact that the Linux kernel still boasts a wide potential for scalability and possible future use cases, Linux as a platform is assured to go through major development strides during the course of the next year. As a tribute to the innovative platform, we’ve compiled a detailed list of the Linux trends that are probable to see a hike in popularity in the coming year.

After experiencing minor setbacks in popularity during the past decade, Ubuntu is determined to make a major comeback. It will innovate and provide consumers with a secure working environment. What began with Ubuntu 18.04 is bound to continue with the upcoming 19.04 release of the operating system which is due this April.

Ubuntu 19.04 innovates on its previous versions on several different grounds which makes it one of the top Linux trends. Some of the planned inclusions for features include faster Snap applications, seamless integration with Android devices, fractional display scaling support, multitasking tweaks, and a brand-new installer for embedding the Ubuntu operating system within machines. Added to that, the next version of Ubuntu is expected to go through various graphical changes to make it appealing and efficient.

During the previous year, the founder and CEO of Canonical Mark Shuttleworth mentioned his thoughts about the possibility of Canonical going public. Although the possibility of Canonical making to IPO wasn’t completely denied, Mark Shuttleworth explicitly mentioned his intention of focusing on the company’s commercial growth before it went public. Considering Canonical’s recent developments within the field of IoT and cloud computing, the company happens to be on every major investor’s list.

Canonical, during the previous year, decided to drop most of their unprofitable businesses and chose to develop their strengths further. This transition proved that Canonical isn’t quite where its representatives wish it to be. Given that Canonical still is brimming with commercial opportunities, their focus for growth is certain to stay firm during the next year as well.

This would essentially mean that we won’t be seeing canonical make it to IPO at least until early 2021. This trend of Canonical developing on its strengths will probably be one of the Linux trends to look out for in 2021.

The Linux platform has been in highlights ever since Chromebooks and Rasberry Pi garnered the interest of a very specific domain of audience. Given the minimal form factor and capabilities to perform everyday tasks smoothly, these Linux-based hardware are gaining new ground as the days pass by. Linux also saw various innovative implementations during the previous year, one of which being the Pursim Librem 5 – a rather innovative take on smartphones with privacy and data isolating being the sole focus behind its creation.

Looking at the new-found domain of audience that these innovative hardware solutions have appealed to, Linux will probably find various other hardware devices to adorn during the course of the next year.

With creative solutions like Samsungs’ Linux on Dex already being in the beta phase, this trend of new and emerging Linux-based hardware is bound to continue through the next year. Hence, the trend of developing and innovating with Linux within the hardware field will be one of the recent Linux trends this year.

Chrome OS is growing to be one of the most versatile operating systems that are currently available on the market. With the ability to provide consumers with one of the smoothest web-centric experience, Chrome OS recently gained the capability to connect to Google’s Play Store and run almost any Android application natively. As consumers were adapting to the whole slew of features that opened up to them, Google integrated minor support for Linux-based applications and reported to be testing GPU support integration with these applications.

Given the improvements coming to the operating system’s way, it’ll be on a rapid climb towards arguably becoming the most versatile system capable of running Linux and Android applications. It is expected that by the end of the coming year, Chrome OS would be open to running Linux applications natively in a stable condition.

With the whole array of improvements being developed for Chrome OS, Chromebooks are also expected to see a major hike in sales. As Chrome OS expands its audience with the Android user base and Linux-based consumers, Chromebooks will inevitably get more popular by the end of the next year. This trend of Chrome OS getting better will make its way to being one of the Linux trends that graces next year.

2021 will be the year where Linux 5.0 kernel will finally be bestowed to the developers. As any updated release should be, the next iteration for the popular Linux kernel will be faster, smoother, and more powerful than other of the previous version of the same. Linux 5.0 kernel will feature many new additions like AMD GPU tweaks for better performance and touchscreen support for Rasberry Pi enthusiasts. It’ll also feature minor yet significant tweaks like a streamlined code and better hardware support.

Owing to the release of the new and improved assets within the kernel, developers innovating with the same to create new and more efficient technology solutions is bound to become a trend in the coming year. This will ultimately lead to the Linux platform expanding far and wide. This trend of rapid expansion for the Linux platform owing to the new kernel release will be one of the big Linux trends of 2021.

As Sierra is set to take its place as the second-fastest supercomputer with 125 petaflops of processing power, it is bound to spark considerable interest in the improvements within the supercomputing field. Every supercomputer that currently exists runs on some form of Linux platform, and Sierra is no exception since it runs on Red Hats’ Enterprise Linux (RHEL).

The development and deployment for Linux-powered supercomputers is a trend that won’t be resting anytime in the next year. Given the flexible nature of the Linux platform and the capabilities that it is embedded with, the trend of Linux being used as the platform for supercomputers is assured to continue to be one of the major Linux trends of 2021.

Preparing for a Linux interview? Go through this definitive set of top 60 Linux Interview Questions Answers and get ready to ace the interview.

#7 Linux and the Cloud

Although Linux is already well-known within the technical community, it’ll continue to expand in popularity according to the open-source trends 2021. Given the growing emergence of cloud computing and related technology Linux trend is something to watch out for. Gartner states that 80% of the internally developed programs are either using cloud computing or are cloud-native. Within the cloud-based computing field, Linux is known to be the most popular operating system that is being used by enterprises.

Given the interdependency between cloud-based technologies and the Linux platform, the Linux platform is said to expand proportionally to the popularity of cloud-based solutions. Since cloud computing is almost assured to be the focal point of development during the next year, Linux will become more popular as a platform as well. This trend is assured to continue throughout the next year and is certain to be one of the top Linux trends of 2021.

Even though the Linux platform has been around for a decade, it still displays a massive room for improvement and growth. Given its open-sourced and flexible nature, the Linux platform has incredible potential for future use cases and various innovative implementations. Owing to the same, the above recent Linux trends are most likely to come to fruition during the next year.

The upcoming Linux trends bring the updated Job trends for Linux Professionals. If you are a Linux professional who wants to level up your career, get familiar with the latest Linux news, understand the Linux trends 2021, and get certified. Check out our Linux certifications training courses and start preparing to become a Linux certified professional.

Have any questions/concerns? Write in the comment section below, we’ll respond in no time to get your query resolved. 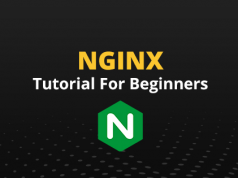 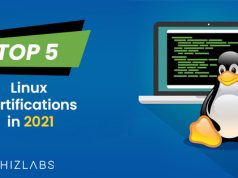 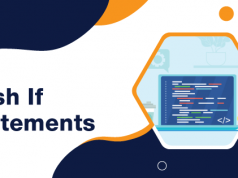 All Bash If Statements