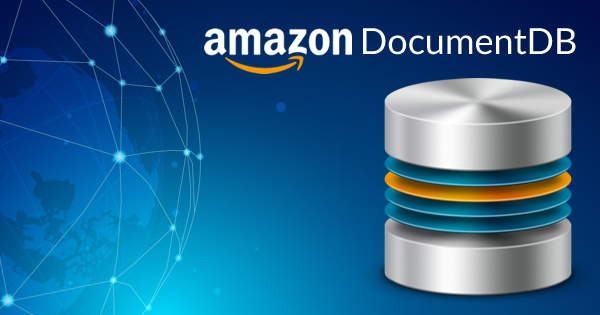 Amazon Web Services (AWS) launched Amazon DocumentDB as a fully managed database service with MongoDB compatibility; that has been designed from the scratch to be fast, available, and scalable.

DocumentDB is a document database service with MongoDB compatibility that supports MongoDB workloads. It means the developer can use the tools, drivers, and application code of MongoDB on DocumentDB for running, managing, and scaling workloads.

Besides, Amazon DocumentDB will result in enhanced scalability, improved performance, and higher availability, without any extra stress for infrastructure management. Moreover, the customers can also migrate their Amazon EC2 or on-premises MongoDB databases to the Amazon DocumentDB with the AWS DMS (Database Migration Service) without any downtime.

MongoDB, developed by MongoDB Inc. is an open source database management system used to store, manage, and retrieve semi-structured data. MongoDB is based on a document-oriented database model and supports different forms of data.

No doubt on the popularity, as MongoDB is one of the top five open source document databases. Customers use MongoDB API for building and evolving applications quickly, but they can’t take the full advantage of the MongoDB API’s functionality. It is not easy to build highly available and performant applications on MongoDB that could scale to many Terabytes and Petabytes of reads writes per second as it’s complex to set up and manage MongoDB clusters.

Due to this, customers have to spend more expenses and time to manage MongoDB clusters at scale. However, MongoDB systems also face the issues of replication of data just like on-premises challenges and suffer from the delayed recovery in case of the failure. All this makes customers struggle to get availability, scalability, and performance for their applications.

What does Amazon DocumentDB bring to the Users?

Designed from the core, Amazon DocumentDB is a document database management system built to give the users improved performance, higher availability, and enhanced scalability with MongoDB compatibility.

Amazon DynamoDB is currently available in US East (Ohio), US West (Oregon), US East (N. Virginia), and EU (Ireland) regions; projected to expand in more AWS Regions in the coming year.

With the use of a fault-tolerant, distributed, and restorative storage system, Amazon DocumentDB can autoscale up to 64 Terabytes for a single database cluster. In Amazon DocumentDB, compute and storage are decoupled, so both can scale independently. The developers can enhance the read requests per second to millions by adding up to 15 read replicas of 15 low latency in minutes, irrespective of the size of data.

Amazon DocumentDB is designed to offer 99.99% availability and saves 6 replicas of your data across 3 AWS Availability Zones.

Amazon provides users an easy migration of MongoDB databases (that are on Amazon EC2 or on-premises) to DocumentDB without any cost (for 6 months). Moreover, it can be done with the AWS DMS (Database Migration Service) with virtually no downtime.

Although It hasn’t been long when Amazon Web Services became active in the open source, with its own document database i.e. Amazon DocumentDB, it meets the expectations of the developers.

Besides, the users won’t have to make any upfront investments to use Amazon DocumentDB. Also, they will have to pay only nominal charges for AWS DocumentDB as they will be charged as per the storage consumption for the I/O operations, snapshots and documents, and data transfer.

The Washington Post, Capital One, Dow Jones, and Hudl are some of the initial customers of Amazon DocumentDB.

Want to know more about Amazon DocumentDB? Jeff Barr, the Chief Evangelist of Amazon, has written in his blog to help customers how to get started with DocumentDB.