Code Deploy is a service that helps with the Continuous deployment process. It can be used to deploy code either on EC2 Instances or on on-premise infrastructure. In the deployment, you can do either an in-place deployment or a Blue Green Deployment.

In the in-place deployment, each instance in your deployment group is stopped, the latest version of your code is installed and then the application is started and validated. You can also have the instances sitting behind a load balancer.

In the Blue green environment, Code Deploy can create a new environment which can be switched over once the new version of the application is ready for the deployed to the new environment.

How does Code Deploy work? 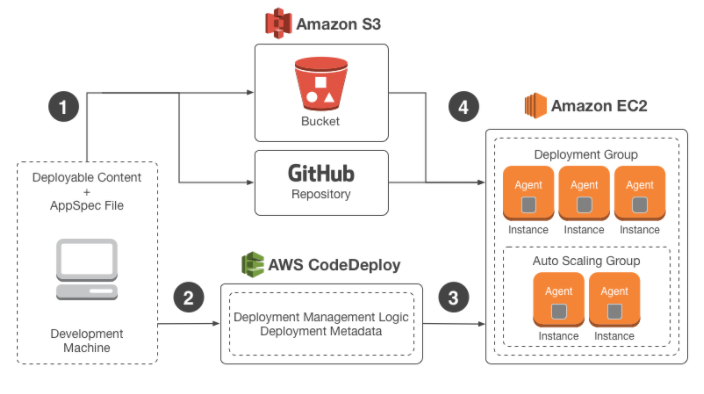 The different parts of CodeDeploy are as follows

1) You first ensure that your code is available for deployment. The code package must also contain a file called appspec.yml. This AppSpec file is specific to AWS Code Deploy. It tells Code Deploy how to deploy the package to the underlying Instances.

2) You then submit this as a release Code Deploy from either Github or from an S3 bucket.

You can have deployment groups for various stacks in your organization as shown below from the AWS documentation. 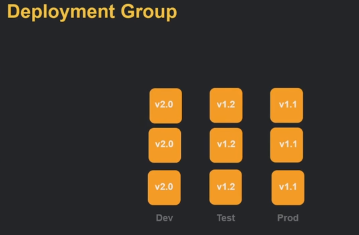 In our example, we are going to deploy a simple HTML file(Demo.html) to a set of 2 EC2 Instances. The Instances will have a tag of Name=staging. This is required to classify the instances as part of a deployment group. The instances will have the nginx server deployed. This will be used to host the HTML file. The server can be installed as part of the User Data section of the EC2 Instance is required. You then need to upload the HTML file and the appspec.yml file to an S3 bucket as a zip file. Here is the appspec.yml file.

The appspec.yml file just specifies to copy the Demo.html file to the HTML folder of the nginx web server.

Step 1) Before we can start using Code Deploy, we need to first create 2 IAM Roles.

When creating a role, we need to choose the EC2 one

Give a name and then create the Role

Give the role a name and click on Create Role.

Step 2) Now we need to create instances which will be part of our deployment Group. So here we have created 2 instances which have the tag of Staging. You need to ensure that you provide a tag to the underlying instances.

Step 3) Assign the role which was created in the earlier step to your EC2 instances so that they can communicate with the CodeDeploy service.

Choose the instance and attach the CodeDeployRole to each instance.

Step 4) Next we have to install the CodeDeploy agent on the EC2 Instances. This can also be done via User Data when launching the instances. The below section of steps is for Ubuntu instances.

a) First, perform an update of all the packages on the system

b) Next, install the ruby package

c) Next install the wget package

d) Download the codedeploy files from the relevant S3 location

For the list of S3 location with the code deploy files, just browse to the below location

e) Next, change the permissions on the install file

f) Next, install the files

g) Next check if the codedeploy agent is started

if not, then run the below command

Step 5) Now it’s time to create our application and the deployment group.

Go to the Code Deploy service under Developer Tools 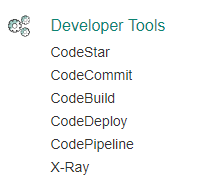 Step 6) Choose to create a new application. Give a name for the Application and the Deployment Group. You can choose an in-place update or a Blue Green deployment. 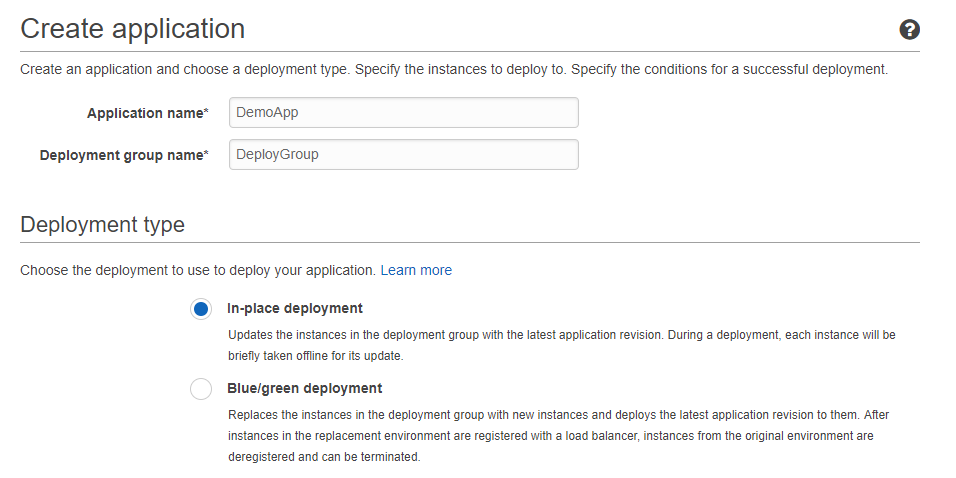 You will also see the matching instances

Step 8) You can then mention the below Deployment configurations

Step 9) If you want you can create triggers and alarms 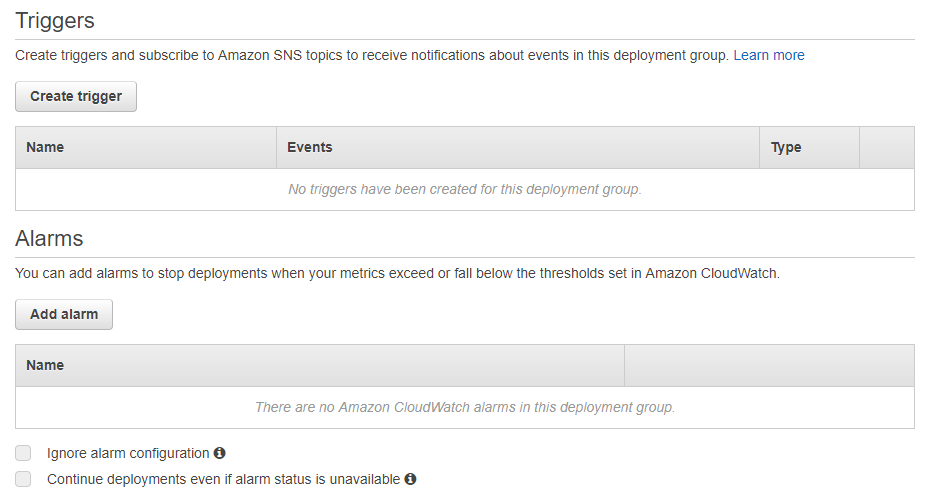 Step 10) Next choose the CodeDeployService Role and create your application

Step 11) Once the application is created, click on the App and choose ‘Deploy new revision’ 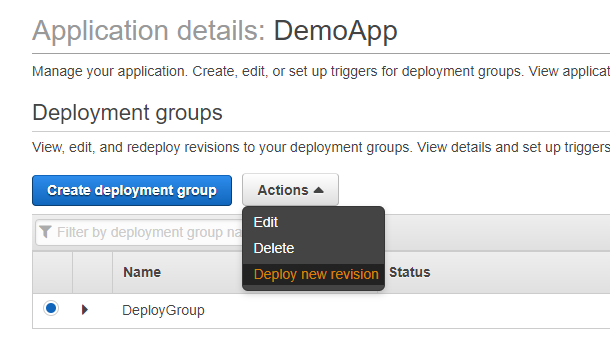 Step 12) In the Repository type, choose S3 and enter the location of the zip file. 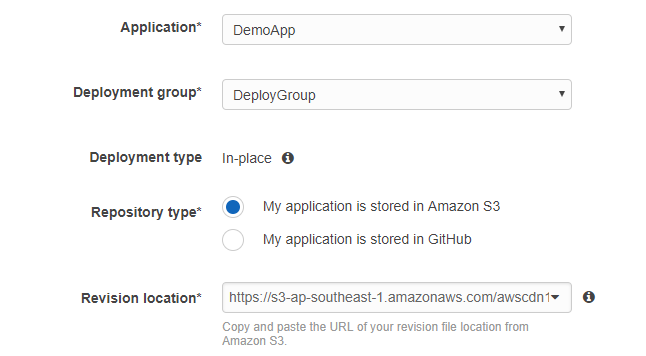 You also have the following options

Next, you will see the deployment taking place

And if you go on to any one of the instances, you will get the webpage deployed.

1) Code Deploy is a service that helps with the Continuous deployment process. It can be used to deploy code either on EC2 Instances or on on-premise infrastructure.

2) You can have 2 types of deployments